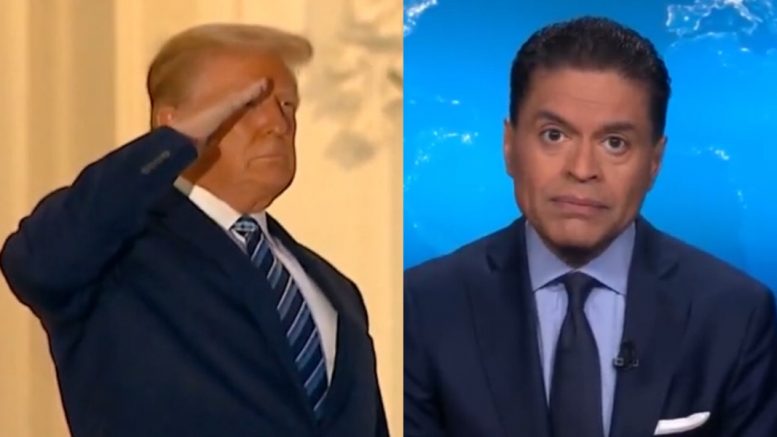 In September, CNN host Fareed Zakaria laid out a constitutional path for President Trump to be re-elected, detailing how the Commander in Chief could use other branches of the government to retain his position as the leader of the free world.

In his remarks, Zakaria said, “There are also mechanisms that are legal and constitutional that could enable Trump to stay in office without actually winning the vote. The system of electing the president is complicated because it was not designed to be directly Democratic.”

Zakaria explained that Republican legislatures control swing states in question, pointing out that “if one or more decide that balloting is chaotic and marred by irregularities, they could send what they regard as the legitimate slate of electors, which would be Republican.”

He went on to say: “Democrats may reject and file lawsuits, and some of those states Democratic governors or secretaries of state could send their own slate of electors to Washington. That would add to the confusion, but that may be well part of the Republican plan. [Be]cause you see, when Congress convenes on January 6 to tally the electors votes, there would be challenges to the legitimacy of some electors.” Continued Below

“It’s possible Congressional Republicans could decide that disputed states should simply not be counted,” said Zakaria. “Suppose in this scenario, Michigan votes are invalidated. That would ensure that neither candidate would get to 270 electoral votes.”

“At that point, the Constitution clearly directs that the House of Representatives vote to determine the presidential election, but it does so with each state casting a single ballot,” he pointed out.

“If the current numbers hold, there would be 26 state delegations that are Republican and 23 Democratic, with one tied. So the outcome would be to re-elect Donald Trump. Trump doesn’t need to do anything other than to simply accept this outcome, which is constitutional,” the CNN host added. Video Below

Jenna Ellis responded to Zakaria’s assessment, writing on Twitter Friday, “Plot twist: Here’s CNN actually admitting (among other things) that state legislatures have the constitutional authority to select their delegates.”

Plot twist: Here’s CNN actually admitting (among other things) that state legislatures have the constitutional authority to select their delegates. ⬇️ https://t.co/SrfEdP65LS

No reasonable person can look at this TOTAL DISASTER election and want this kind of precedent for our nation.

Dems may like the “projected” outcome now, but that is NOT how the law works.

Free and fair uncorrupted elections MATTER. That’s why we have Article II, Section 1.2.

You can read about Article II, Section 1.2 HERE.