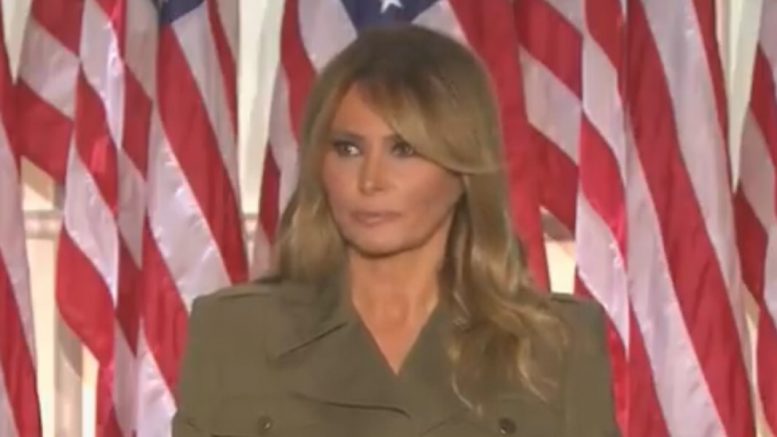 Former First Lady Melania Trump shut down rumors on Saturday, calling it “dishonest reporting”, over claims by The New York Times, who alleged she is being investigated for skirting charity laws.

The New York Times’ Shane Goldmacher and Eric Lipton reported that Mrs. Trump has a “tulips and topiaries high tea,” with V.I.P. packages reaching $50,000 and an undisclosed portion going to charity in Naples this April.

According to The New York Times report, “Mrs. Trump is now selling tickets to the April ‘high tea,’ with organizers saying that some of the profits will benefit an initiative of her ‘Be Best’ endeavor called ‘Fostering the Future,’ meant to provide computer-science scholarships to young people who have been in foster care.”

“There was no indication of how much of the proceeds Mrs. Trump herself intended to pocket. Florida requires any organization that raises charitable contributions in the state to register. No charity with the name ‘Fostering the Future’ or ‘Be Best’ is registered in Florida, the Times reported.

The Times also alleged, “Officials at the Florida agency that oversees charitable fund-raising said they also could not find evidence of the required state registration and had opened an inquiry as a result.”

“Consumer Services Division is currently investigating whether this event involves an entity operating in violation of Chapter 496, Florida Statutes,” Erin M. Moffet, an agency spokeswoman, said in a statement, referring to the state law requiring charities to register before soliciting money, per the Times. Continued Below

Former First Lady Melania Trump responded on Twitter Saturday to the report, calling it “dishonest reporting” and confirmed she is working with “Bradley Impact Fund” to select charities.

“Dishonest reporting at it again. Everything has been done lawfully, & all documents are in the works. Read with caution-typical corrupt media,” Mrs. Trump said.

“We are working w/Bradley Impact Fund, a Donor-Advised Fund, to select charities that will receive the donations to foster children,” she confirmed. Continued Below

Dishonest reporting at it again. Everything has been done lawfully, & all documents are in the works. Read with caution-typical corrupt media.

We are working w/Bradley Impact Fund, a Donor-Advised Fund, to select charities that will receive the donations to foster children. https://t.co/5ZKr5SwIZz

(Related: Melania Trump Breaks Her Silence On The Atlantic’s Smear Piece Against The President: “This Is Not Journalism”)