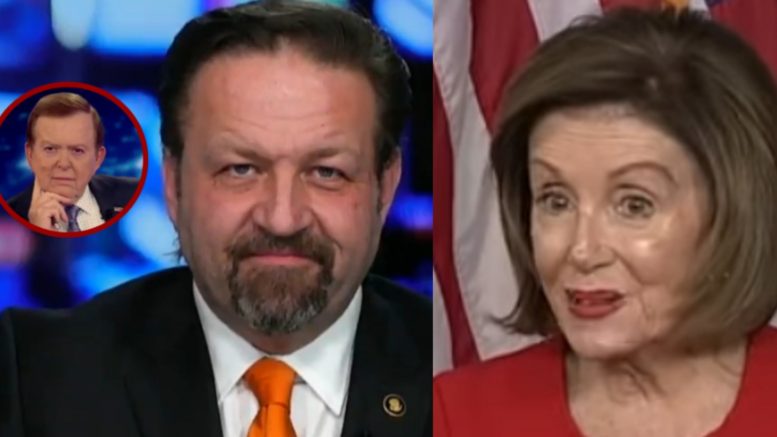 While appearing on Lou Dobbs Tonight, Sebastian Gorka weighed in on how he thinks the Democrat-led impeachment effort is working out so far after three full days of public hearings.

Gorka began by saying that the whole thing that America has been witnessing is not an impeachment inquiry, but is really a “farce” and a “snowflake inquistion,” and he believes Democrat Congressmen and women are growing bored by the entire thing.

Dobbs seemed to agree with Gorka’s assessment and went further to say that he thinks Democrats are “throwing away votes by the bucket load.”

Related Article: Brad Parscale Reacts To Day 3 Of Impeachment Hearings: “This Could Not Have Gone Worse For Democrats”

“We have the proof that this is failing — this decision by Nancy Pelosi,” Gorka said. “From Wednesday to Friday they lost one million viewers nationally for this ridiculous circus.”

“I just read the figures, Lou,” he continued. “ABC had fewer viewers for the impeachment than Donald Trump Jr.’s visit to The View. This tells you everything you need to know.”

“This is an impeachment looking for a crime. First it was Russian collusion, then it was obstruction of justice, then they went to quid pro quo, and then their focus groups told them in the battleground states ‘We don’t know what quid pro quo means, so how about bribery or extortion?'” Gorka stated.

“Could you imagine a court of law polling what crime you should charge somebody with?” he asked. “This is the Soviet Union. This is Venezuala. It’s definitely not American.” Video Below