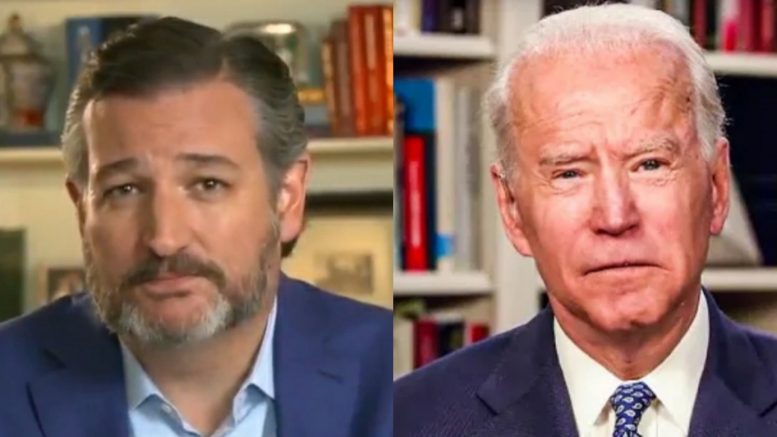 As the litigation process of the 2020 election moves forward, Senator Ted Cruz revealed the “silver lining” that historically comes with mail-in ballots and could possibly cause Joe Biden’s vote totals to “go down.”

Cruz, who was on former President George W. Bush’s legal team during the infamous 2000 contested election, thinks the fraud that often comes with mail-in votes will lead to many of them being rejected and will ultimately hurt Joe Biden’s chances, as he won a majority of such votes.

“Unfortunately in the era of COVID, a lot of Democratic states and Democratic juristictions used it as an excuse to expand mail-in voting,” Sen. Cruz said before revealing the “silver lining” that comes with the rushed expansion of vote by mail.

“On Election Day, Donald Trump won a significant majority of the people who cast in-person ballots on Election Day. Of the early vote — the mail in vote — Biden won a significant majority. The silver lining that, historically, mail-in votes get excluded in a recount, get rejected in litigation much more frequently than in-person votes because they’re more often subject to fraud. They’re more often — they don’t meet the legal standards,” Cruz said.

“What that means is as the litigation moves forward, there’s some real possibility that we see the vote totals for Joe Biden go down as illegal votes are excluded. And that’s what the judicial process is meant to determine and what I expect it will be determining in the coming weeks,” he concluded. Video Below