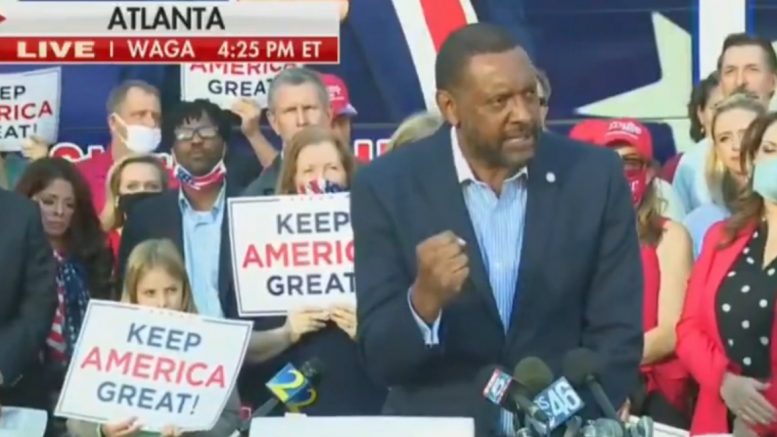 On Friday, Georgia state representative Vernon Jones blasted the media and pollsters over their efforts to sway public opinion throughout the 2020 election cycle.

With counting still underway in many key states, President Trump appears to have faired much better than mainstream sources and pollsters ever predicted. And Jones strongly believes that the “false narrative” based on data that was presented prior to the election was nothing other than a supression tactic.

Related Article: Vernon Jones Rips GA’s Vote Tallying Process: “How In The Hell Can You Send A Man To The Moon, But You Can’t Get Results In 24 Hours!”

During a press conference held in Atlanta, Jones claims that both the media and pollsters have “done more to interfere” with the election “than Russia and China combined.”

“I hope the news media learned from this,” Jones told reporters. “It’s been you carrying the false narrative of these false polls coming from these liberal universities.”

“And you and these pollsters have done more to interfere in this election than Russia and China combined,” he declared. “You have supressed and depressed the voters of this country.”

Jones went on to say that he and others will “continue to fight” the apparent irregularities that have surfaced throughout the process of counting votes in various states, including Georgia.

“And we’ll take on Antifa, Black Lives Matter, Fair Fight, Stacey Abrams and all of them cause we’re going to do what’s right for the people of Georgia,” Jones concluded. Video Below