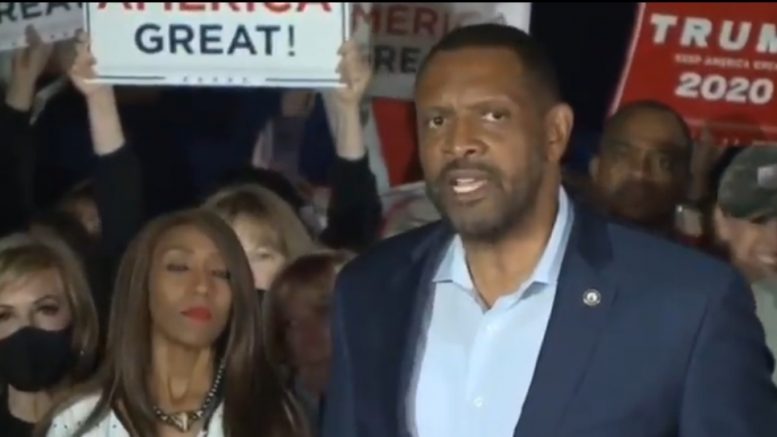 Georgia congressman Vernon Jones is vowing to “fight” in wake of “irregularities” that have been pulled into question over the past few days with the way votes are being tabulated in his state, specifically in “Democratic-led” cities.

President Donald Trump initially had a tremendous lead over Joe Biden in Georgia by hundreds of thousands of votes on election night, but has seen his lead slowly widdle down to nothing in the days following the election as votes continue to be counted across the state, primarily in cities ran by Democrats.

Similar instances have been seen in other battleground states, including Pennsylvania, Wisconsin and Michigan, where President Trump had big leads, only to lose them once controversial mail-in votes were tallied on the days after the election. President Trump has since promised legal fights as the prospects of court battles appear to be in the works across several states.

“When I look at these communities — these Democratic-led cities where votes haven’t come in yet — that tells me right there what we’ve been saying all along. This is a failure and this is actually a part of the pandemic of failure of the Democratic leadership,” Jones told a crowd of supporters at a “Stop The Steal’ rally held in Georgia on Thursday.

He continued, “It doesn’t matter what color you are or what party you are, your vote deserves to be counted and we need to know what those results are. We need to know now!”

“How in the hell can you send a man to the moon, but you can’t get results in 24 hours!” he exclaimed. “Something’s wrong with that.”

Then after saying that is a fighter just like President Trump, Jones declared, “We aren’t even about to concede to anybody! We are gonna stay on the battlefield until the last man drops.”

“Transparency is important. Ever legal vote being counted is important. What the posters have done and the far left has done — and there’s been no fair fight, there’s been a legal fight. The fight has been fixed… we’re gonna fight this to the end. There’s been too many irregularities,” he proclaimed. Video Bs elow

We leave you with the full video of speeches delivered at the ‘Stop The Steal’ rally in Georgia: