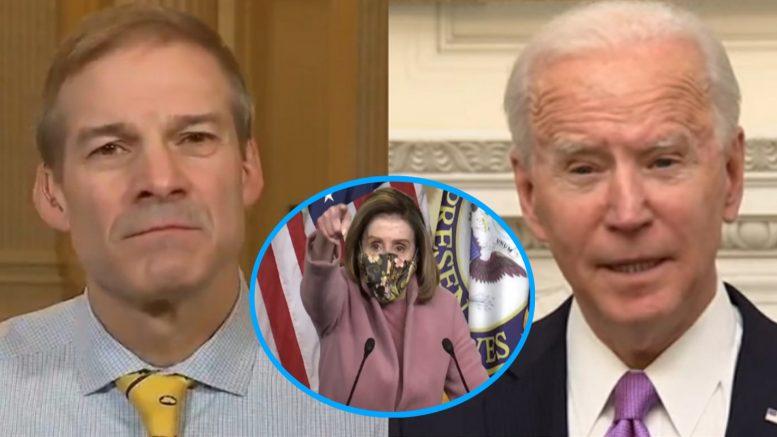 Joe Biden has a lot of proving to do before Congressman Jim Jordan believes that the 46th President was sincere when calling for Americans to unite during his inaugural speech on Wednesday.

“What I really hope is that they start to demonstrate some of the actions that will put real substance to this call for unity that we heard from the President — President Biden on Wednesday,” Rep. Jordan told Fox Business host Lou Dobbs.

So far, however, Jordan is not optimistic that unity is even possible as long as the effort to impeach President Trump is still on the table.

Related Article: Sen. Graham Warns McConnell Over His Rhetoric Against Trump: “He Is Giving Some Legitimacy To This Impeachment Process”

“If Joe Biden would say to the cancel culture, ‘Stop it! Let’s have a real debate in this country like we’re supposed to under our First Amendment under our Constitution’ — that would go a long way, but I haven’t seen that yet,” he concluded. Video Below

Dem Derangement: @Jim_Jordan says the Democrats tried to remove President Trump before he got into office and now are trying to do it when he’s out of office. #MAGA #AmericaFirst #Dobbs pic.twitter.com/BjUGksrnuZ