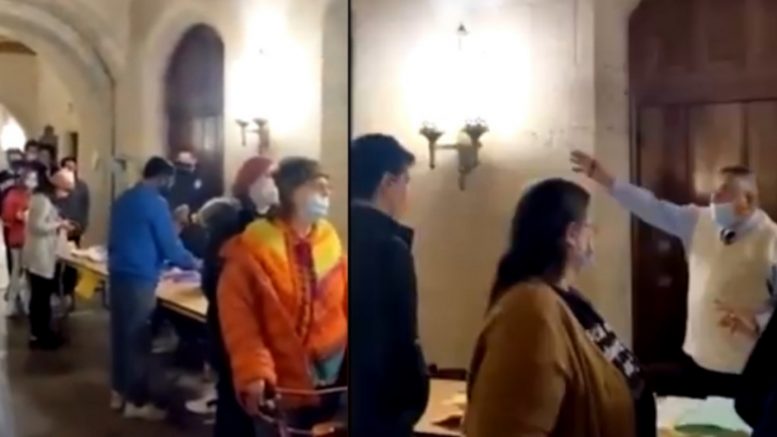 A Pennsylvania election worker was caught on camera telling voters in line that they could leave their filled-out ballot to be scanned later, which was one of three options presented to the crowd after machines “jammed” up.

The situation unfolded at an apparent polling location in Scranton, PA, amid fears of widespread election fraud.

Related Article: James Woods Issues A Warning As Biden Says He Will Win The Election From His Home: “Democrats Are Clearly Going All In On Election Fraud”

The male poll worker is heard saying: “Here’s the deal. If you are in line right now and did not vote, you have a choice. You may continue to wait [until] the machines are unjammed and you can vote, or you can leave and come back later on and vote later. Now if that doesn’t fit your schedule, than I suggest you wait.”

He continued, “The third option is this: You can find your name in the book…vote, put the vote in the emergency slot on the machine, and it will be scanned once the machine is unjammed.”

Earlier on Tuesday, another video surfaced from Pennsylvania showing a certified poll watcher getting blocked from entering a polling place in Philadelphia.

A poll watcher in Philly was just wrongfully prevented from entering the polling place#StopTheSteal pic.twitter.com/iJTFtRk0Id