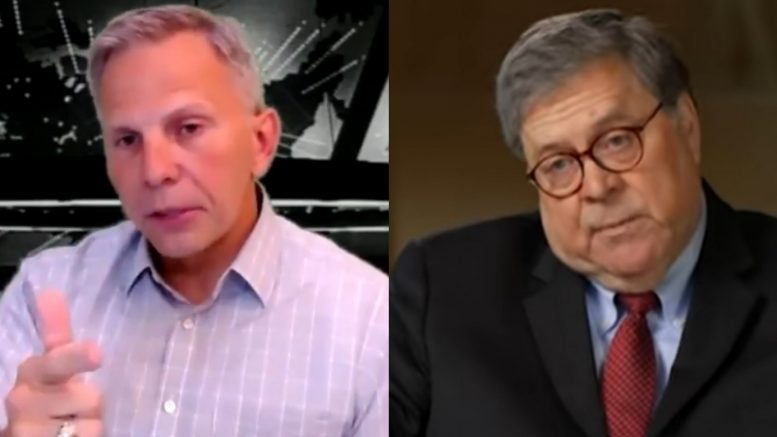 A former DoD intelligence operative who gained fame for allegations about mishandled intel before the September 11 attacks, claims former U.S. Attorney General Bill Barr personally called his phone and told him to stop his investigation into potential 2020 election fraud.

Appearing for an interview on the One American Podcast, Tony Shaffer says Barr went on to request that he turn his case over to the FBI. After doing as Barr instructed, Shaffer said he hasn’t heard anything ever since.

“I believe there was hacking. I believe Dominion was dishonest. I believe that there were mass ballot fraud,” Shaffer said before citing his investigation involving a guy who allegedly moved a vehicle with 162,000 curated ballots from New York to Pennsylvania.

He continued, “A guy named Bill Barr called me and said ‘You need to give that investigation up. You need to turn it over to the FBI.’ Once the FBI got it, we never heard anything again… just saying.”

“When was the last time you ever had Bill Barr, the Attorney General, calling a private citizen saying ‘Oh, you need to stop.’ Think about that for a second,” Shaffer said.

Asked if he felt threatened by Barr’s phone call, Shaffer replied, “Yea. Not a staff member, not a FBI agent — the attorney general himself… think about that.” Video Below

Tony Shaffer told me that Bill Barr called him personally and asked him to stop investigating 2020 election fraud.

Have you ever heard of an AG calling a private citizen and asking them to quit looking into something?!