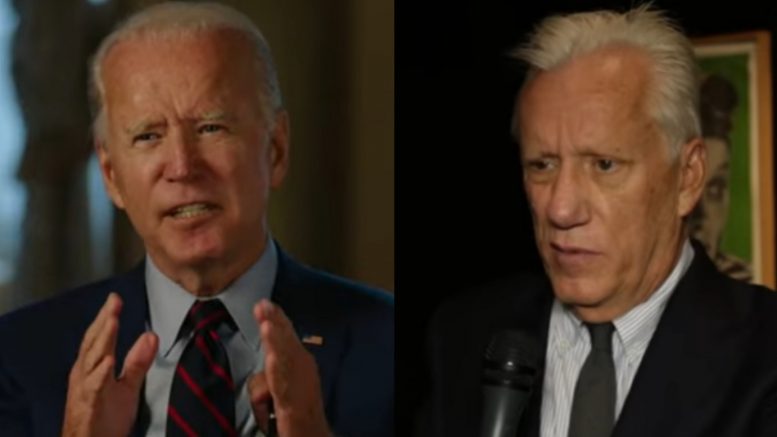 Democrat nominee Joe Biden sees no problem winning the 2020 election even if it means doing most of his campaigning “from home,” according to remarks he made during his Friday interview with ABC.

“We saw the president just this week, during the convention, he traveled to Pennsylvania. He traveled to Wisconsin, Iowa, Arizona, all of that while you were making your case to the American people. I understand the restrictions of COVID and campaigning in this time. But can you win a presidential election from home?” ABC’s David Muir asked.

“We will,” Biden replied. “We’re gonna follow the science, what the scientists tell us. We’ve been able to travel places when we’ve been able to do it in a way that we don’t cause the congregation of large numbers of people.”

In response, former Hollywood actor James Woods issued a warning about what could be implied by Biden’s lack of concern over largely campaigning from his home.

“#HidinBiden will seriously try to dodge the world, the press, and the facts of his failed fifty years in politics, right up to Election Day,” Woods tweeted. “Democrats are clearly going all-in on vote harvesting and election fraud. It’s their only chance with an embalmed, flash-frozen candidate.

Woods unveiled exactly how he suspects “Democrats will steal our country.”

“They will get their “mail-in” ballots, vote, then go to polls November 3, and vote again,” Woods tweeted. “Do you think poll monitors in Portland will check the integrity of those “harvested” mail-in ballots? Detroit, Baltimore, all of California?”

Related Article: Biden Says ‘We Can Not Let Trump Destroy The USPS’, James Woods Reacts: “Go Back To The Cellar & Can Some Peaches”

In ending, here is Woods giving his thoughts on a major contrast between President Donald Trump and former vice president Joe Biden: