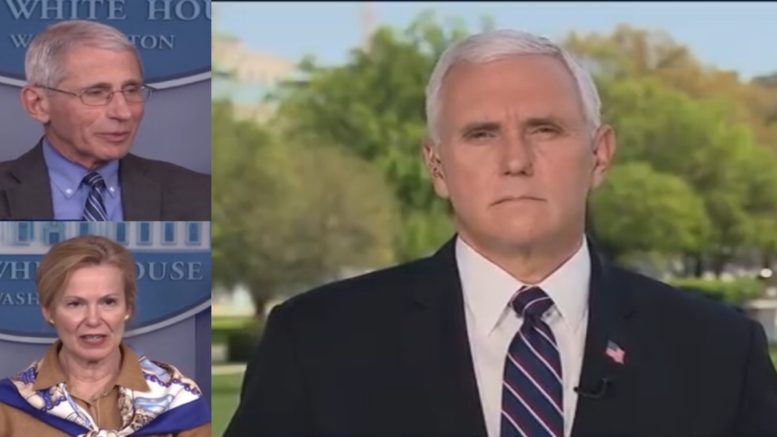 The office of Vice President Mike Pence will no longer allow members of the White House coronavirus task force to appear on CNN unless the network broadcasts President Donald Trump’s daily press briefings in their entirety, Breitbart reported.

According to CNN, Pence’s office, which is responsible for booking the officials on networks during the pandemic, said it will only allow experts such as Dr. Deborah Birx or Dr. Anthony Fauci to appear on CNN if the network televises the portion of the White House briefings that includes the vice president and other coronavirus task force members.

After Trump leaves the podium, CNN frequently cuts out of the White House briefing to discuss and fact-check what the President had said. A CNN executive said that the network usually returns to such programming because of the extensive length of the full briefing that includes Pence, which can run in excess of two hours, as reported by CNN.

“When you guys cover the briefings with the health officials then you can expect them back on your air,” a spokesperson for the vice president told the network.

Recently, MSNBC’s “Morning Joe” host Joe Scarborough tweeted that there was “no public benefit to this briefing,” and that networks should “cut away” from the daily White House Coronavirus Task Force briefings.

MSNBC host Rachel Maddow has also called on networks to stop broadcasting the daily event, accusing them of helping to propagate misinformation.

“If it were up to me, and it’s not, I would stop putting those briefings on live TV, not out of spite, but because it’s misinformation,” Maddow claimed. “If the president does end up saying anything true, you can run it as tape. But if he keeps lying like he has been every day on stuff this important, we should, all of us should stop broadcasting it. Honestly, it’s going to cost lives.” Continued Below

Turning Point USA production administrator, ALX, complied screenshots in recent days that show CNN and MSNBC where they had cut away from the White House briefing, or simply did not bother airing the briefing.

CNN is the opposition party https://t.co/YIdm7RrLWB