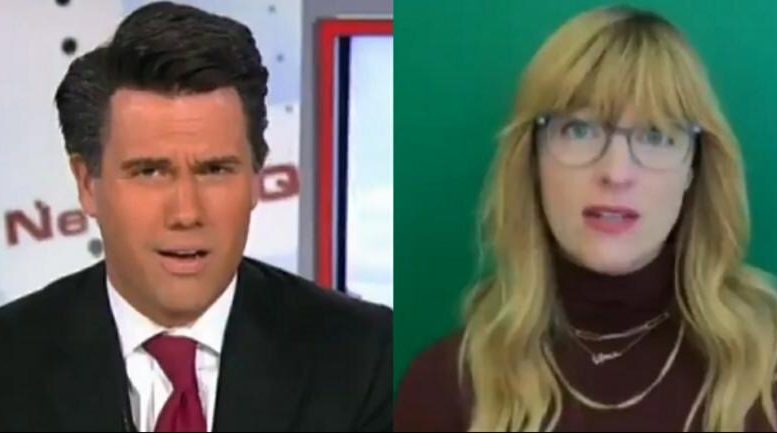 Sunday on Fox News, Jenna Arnold, a campaign surrogate for Joe Biden was pressed over whether or not Hunter Biden’s alleged emails and hard drive is authentic.

Most recently, the New York Post published emails alleging that Hunter Biden introduced his father, Joe Biden, to a top executive at Ukrainian natural gas firm Burisma Holdings in 2015– one year before his father reportedly pressured the country’s government to fire a prosecutor who had launched an investigation into the company.

Arnold told Vittert that “so much of this is unconfirmed”, referring to the New York Post’s article over Hunter Biden’s emails and hard drive.

Vittert pushed back to ask, “Whoa! Jenna, it’s real simple. You say it’s unconfirmed. Tell us what parts are not true. I mean, Hunter Biden knows what emails he had and hasn’t sent. Are you saying and the campaign saying that these emails aren’t his?”

“It’s unclear to me. I would say that’s so important right now from both the American citizen and the media, yourself included, Leland, is to continue to ask clarifying questions about this. Why is the FBI investigating? It’s imperative to note that the NSA …. that [Rudy] Giuliani was being played by these emails, ….” Arnold said. Continued Below

He then played a clip of Joe Biden being asked about Hunter Biden’s emails this week by CBS’s Bo Erickson, which Biden responded by calling it a “smear campaign”, saying, “I know you’d ask it. I have no response, it’s another smear campaign, right up your alley, those are the questions you always ask.”

“I thought that demonizing the media was a threat to our democracy. Every time President Trump attacks the media, Democrats and yourself included, can’t wait to yell about that. Don’t the American people deserve something better than the former vice president attacking the person who asked a legitimate question?” Vittert wondered. Continued Below

Jenna Arnold responded, by arguing, “I know if he attacked the person. I think he just said it was fake news.”

Vittert read off Biden’s remarks he had made to the CBS reporter and said, “That kind of sounds like an attack to me.”

The Fox News host later told Arnold, “I’m so confused. What is interesting is that I feel like you still haven’t answered the fundamental question, which is: Can anyone say these emails are authentic? And so far I haven’t heard anybody say that.”

Arnold replied, “Yeah. I think that’s fair. I don’t think anybody’s saying they are inauthentic or not.”

Asked if there should be a possible special counsel for Hunter Biden, Arnold said, “I think it’s probably particularly responsible. I think it’s a shame that we’re spending so much time and tax payer dollars. Video Below

Watch this Biden surrogate trying to dodge @LelandVittert's question about whether or not the Hunter Biden hard drive material is authentic (3 video thread):

(Related: Jesse Watters Explains Why The ‘Tide Is Turning’ For Trump & How Biden Just Got Hit With A ‘Double Whammy’)