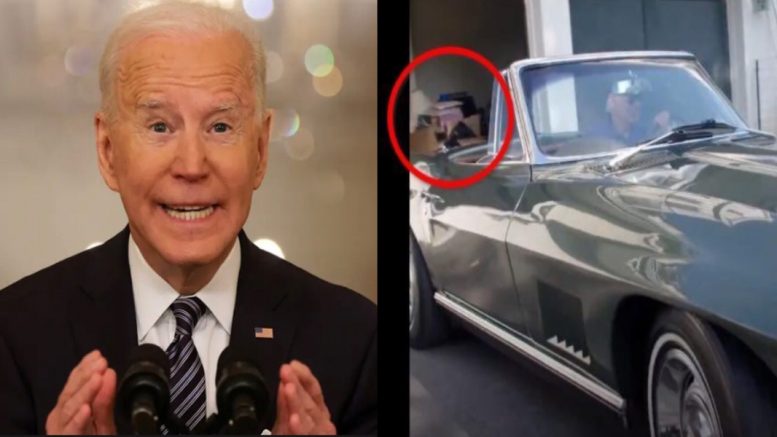 Joe Biden’s attorneys announced Saturday that a third batch of classified documents was found at his residence in Wilmington, Delaware.

Special counsel to the president Richard Sauber disclosed in a statement that five additional pages of documents with classified markings were found at Biden’s home Thursday evening, making a total of six classified documents retrieved from there, Chris Pandolfo at Fox News reported.

Richard Sauber claimed that when Joe Biden’s personal attorneys identified one classified document at the 80-year-old’s home on Wednesday, they “immediately” stopped searching for additional documents, because they lacked the security clearances necessary to view those materials.

“Because I have a security clearance, I went to Wilmington Thursday evening to facilitate providing the document the President’s personal counsel found on Wednesday to the Justice Department,” Sauber said. “While I was transferring it to the DOJ officials who accompanied me, five additional pages with classification markings were discovered among the material with it, for a total of six pages. The DOJ officials with me immediately took possession of them.”

Additional classified documents were found in Biden’s garage and at the Penn Biden Center in Washington, D.C.

On Thursday, however, White House press secretary Karine Jean-Pierre claimed that we “should assume [the search has been] completed” for classified documents.

Last August, the FBI raided 45th President Donald Trump’s estate at Mar-a-Lago in Palm Beach, Florida to collect documents with classified markings. At the time, Biden had said Trump had been “irresponsible.” “How does that happen? How could anyone be that irresponsible,” Biden said.

Meanwhile, the House Judiciary Committee will conduct its own investigation under the leadership of Chairman Rep. Jim Jordan (R-OH).

“We are conducting oversight of the Justice Department’s actions with respect to former Vice President Biden’s mishandling of classified documents, including the apparently unauthorized possession of classified material at a Washington, D.C., private office and in the garage of his Wilmington, Delaware, residence,” Jordan and Rep. Mike Johnson (R-LA) wrote in a letter sent Friday to Garland.

Jordan is questioning the alleged concealment of information by the DOJ, as the White House admitted that the first batch of documents at the Penn Biden Center were discovered days before the 2022 midterm elections, but were not disclosed publicly until January.

Jordan is demanding all documents and communications regarding the appointment of Hur and between the DOJ and the FBI related to the classified materials.

Related: Trump Calls for ‘Boxes Hoax Case’ Against him be ‘Dropped Immediately’ in Wake of Biden’s Surfaced Classified Docs