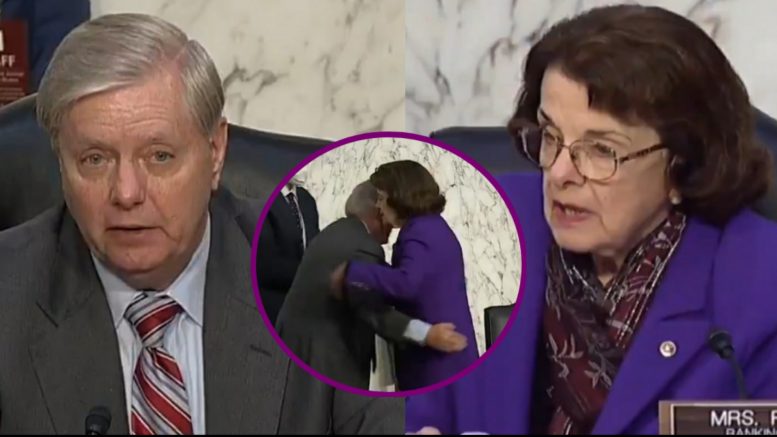 The two senators, who belong to opposite poltical parties, then gave each other hugs at the conclusion of the hearings.

“Mr. Chairman, I just want to thank you,” Sen. Feinstein said while she looked directly at Chairman Graham. “This has been one of the best set of hearings that I’ve participated in.”

“And I want to thank you for your fairness and the opportunity to go back and forth, at least one with a lot of hopes, a lot of questions and even some ideas — perhaps some bipartisan legislation we can put together to make this great country even better.”

“So thank you so much for your leadership,” she concluded. Video Below

Moments later, Feinstein and Graham shook hands and hugged one another before walking out of the room.

Senator @LindseyGrahamSC and @SenFeinstein shake hands and hug after the #SCOTUShearings conclude.

Sen. Feinstein faced backlash over her positive attitude towards Sen. Graham and her overall performance at the hearings, as the progressive movement “Demand Justice” called for the Democratic senator to be removed from the Senate Judiciary Committee.

We leave you with their statement, as tweeted by Sahil Kapur of NBC News. 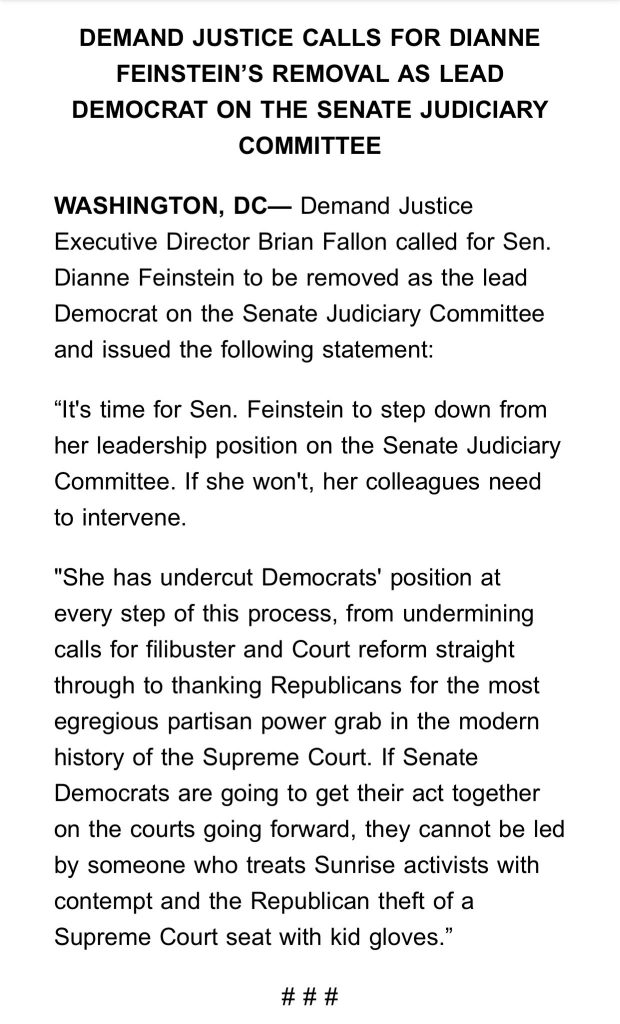