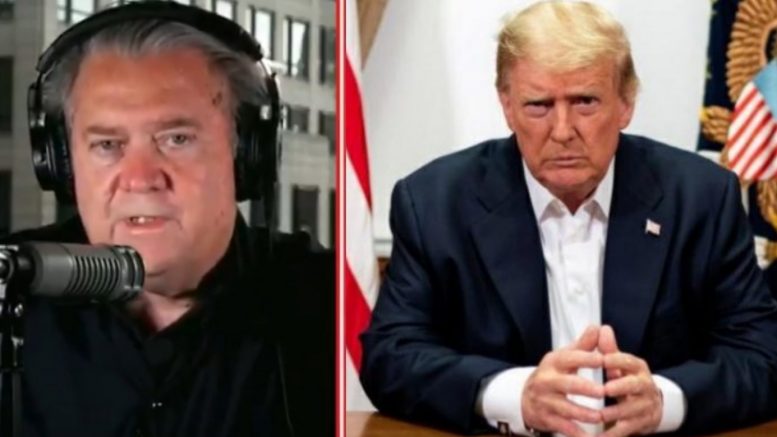 The War Room host made the assertion while weighing in on the pending criminal probe against the Trump Organization being pursued by the District Attorney of New York and New York’s Attorney General Letitia James.

Related Article: Kimberly Guilfoyle: “A Republican — Perhaps Even President Trump — Is Going to Win the White House Back in 2024”

“Remember Trump went to the border on Thursday to call out the Biden Administration and to announce on Sean Hannity, ‘Hey, I’ve made up my mind,'” Bannon said on Friday’s airing of Newsmax’s Spicer & Co.

“Donald J. Trump is running again in 2024,” he declared. “There’s absolutely no doubt about that.”

“This is all a plot by the Attorney General Letitia James [and] the District Attorney of New York because they couldn’t get Trump on any of their impeachments, any of the phony stuff,” Bannon said. See Below