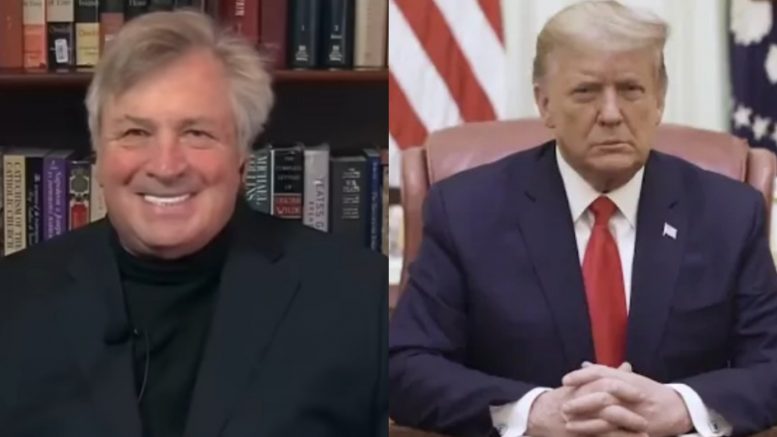 Donald Trump’s former advisor Dick Morris expects that Americans should be hearing from the 45th President “a lot” now that the second failed Democrat-led impeachment effort is officially in in the dust.

Morris — who also was an advisor for former President Bill Clinton —  thinks that Trump is now poised to “pick up where he left off,” being a strong opponent to the Democrat agenda.

“I think that he is now going to pick up where he left off, which is to be the leader of the opposition,” Morris told Newsmax soon after mentioning that he had spoken to Trump just before the Senate voted to acquit him on one article of impeachment.

He continued, “I think what you can look forward to, now increasingly, is commentary not about the election, but about the stuff since then — what Biden is doing, his proposals. I think he’s going to be sharply critical of the 1.9 trillion stimulus package when the economy is bouncing back because what Trump did without Biden getting us further into debt. I think he’s going to be attacking the teacher’s union for saying they won’t go back to work until they get paid what is an effectictive bribe of $120 billion dollars in the stimulus bill.”

“I think he’s going to have a lot to say,” Mr. Morris declared. Video Below

Democrat Texas Mayor: “It Is A Biden Border Crisis…Because There’s No Plan of Action”

Don Jr. Rips The Washington Post Over Their al-Baghdadi Headline: ”Enemy Of The People???”