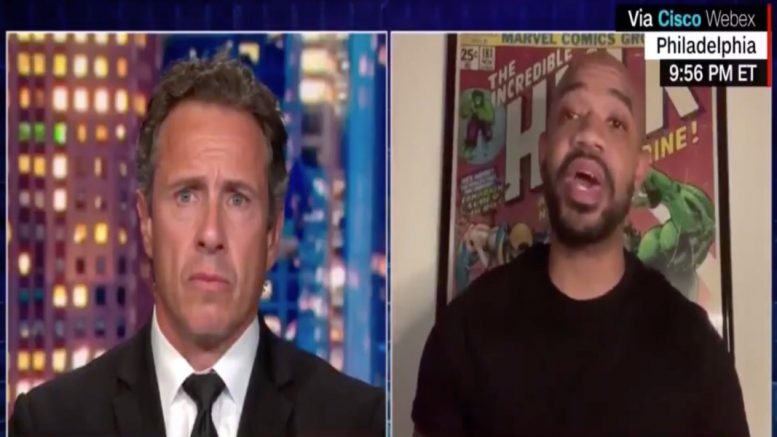 During an ABC News town hall Tuesday with President Donald Trump, a so called “undecided” voter, Pastor Carl Day of Philadelphia, had asked the Commander in Chief, “You’ve coined the phrase, ‘Make America Great Again.’ When has America been great for African-Americans in the ghetto of America? Are you aware of how tone-deaf that comes off to African- American community?”

Day also told President Trump, “You have yet to address and acknowledge– that there’s been a race problem in America.”

President Trump responded in part, telling Pastor Carl Day, “So, if you go– well, I hope there’s not a race problem. I can tell you, there’s none with me, because I have great respect for all races, for everybody. This country is great because of it. But when you go back six months and you take a look at what was happening, you can’t even compare that with past administrations.”

The president was referring to employment numbers under his administration before the coronavirus pandemic hit the United States.

On Wednesday, Day spoke with CNN’s Chris Cuomo and was asked, “Where does this leave you as an undecided voter? You just heard the President say to you, ‘I want your vote. I don’t think there is a race problem. I really hope there isn’t.’ Can that man get your vote?”

“No, he definitely can’t get my vote. I’ll tell you that from the door,” Day responded. Continued Below

“Any president that is failing to acknowledge the history of racial atrocities in America, especially in this current climate, where African-Americans still have to prove that we matter. We have to– we have to rally, we have to protest, we have to march,” he continued.

“And some people then expressed themselves through– buildings have to maybe get burned down just for people’s voices to be heard,” Day told Cuomo.

“I would definitely think that it’s pretty absurd to say ‘We don’t have an issue of race.’ People have to go through such radicalism just to be able to be heard and seen in America, so it kind of rings back to us almost being valued as three-fifths of a person again,” Day claimed. Video Below

“So, to hear President say that he don’t think we have an issue over race, he won’t acknowledge one, I think it’s disastrous, especially to people of color, who are in limbo, who live in American ghettos where those areas are very impoverished, underserved, under recourse. It scares people. It definitely sends a message to us,” Day added.

Rep. Matt Gaetz tweeted a clip of Pastor Carl Day’s remarks in part, noting that Chris Cuomo “offers no pushback to this call for arson,” adding, “None at all.”

“Buildings may have to get burned down just for people’s voices to be heard.”

This is the “undecided” voter asking questions to President Trump at the ABC town hall.

Cuomo offers no pushback to this call for arson. None at all. pic.twitter.com/ln9IMPOy40

(Related: Mark Levin To BLM Leader: “What Exactly Are You Gonna Burn Down, Tough Guy? I’m Sick & D–n Tired Of It”)

AZ Sen. Rogers on Maricopa County Officials Being ‘Non-Compliant’: ‘We Will Hit Them Where It Hurts’