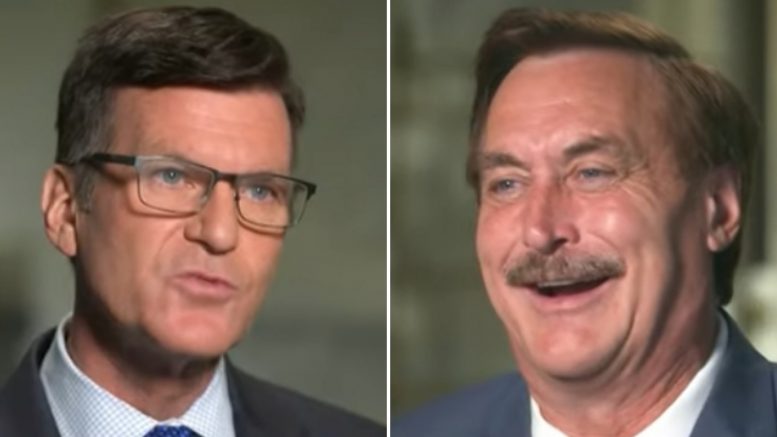 Appearing for an interview on CNN, MyPillow CEO Mike Lindell held firm on his claim that he has proof that the 2020 election was hacked and votes were switched from Trump to Biden, which that he plans to present at a “cyber symposium” in Sioux Falls next month.

Lindell is said to have spent millions of dollars on a project to gather information that backs up the allegation, and he is so confident in his evidence that he offering $5 million to anyone who successfully proves him wrong at the symposium.

Attempting to discredit information the MyPillow CEO plans to reveal at his symposium, CNN’s Drew Griffin said, “Michael, you can make up anything. You are just going to have a demonstration in a room.”

Lindell fired back: “No, no, no, no… this is where you’re wrong. We’re giving it (the evidence) to all of the cyber people who show up. We’re going to give them each state. Here’s a state, Georgia. They could take it apart.”

“You could possibly be the victim of a scam here,” Griffin replied.