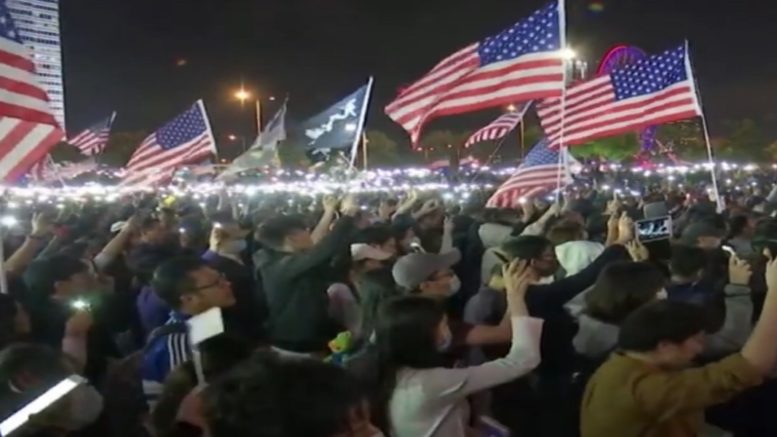 According to The New York Times, the bill signed by the President on Wednesday “authorizes sanctions on Chinese and Hong Kong officials responsible for human rights abuses in Hong Kong,” signaling support for pro-democracy activists and escalating tensions with Beijing” as Trump is in the middle of trying to hammer out a trade deal with China.

He then warned that any consequences stemming from the bill would “be borne by the United States.”

In response to President Trump signing the Hong Kong democracy legislation, thousands of demonstrators gathered in the city centre, waved U.S. flags as the U.S. national anthem played, while others held up signs and pictures to thank President Trump. (Videos Below)

These photos from the pro-democracy protests in Hong Kong are incredible.

The protesters gathered on Thanksgiving to show their gratitude to Congress and @realdonaldtrump for passing legislation that supports their efforts. #Thanksgiving pic.twitter.com/BVHSsyKwX5