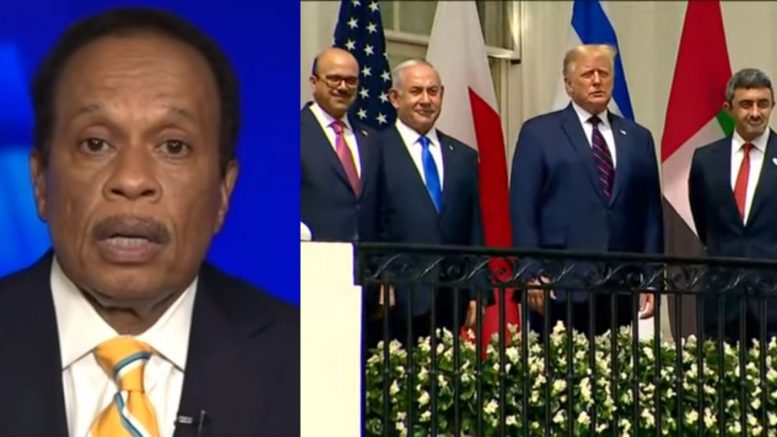 President Donald Trump’s brokered peace deals between Israel, the UAE and Bahrain that earned him two nominations for the Nobel Peace Prize are “stirring up a proxy war” in the Middle East, according to Juan Williams.

The Democratic political analyst made the assessment during Wednesday’s airing of The Five, while agreeing with remarks made by House Speaker Nancy Pelosi, who called the peace deals a “distraction.”

“Why is Nancy Pelosi calling it a distraction?” Katie Pavlich asked.

“Cause it is,” Williams replied.

“The real trouble here is between the Palestinians and the Israelis, and that situation has not been helped,” he continued. “What we’re doing here in this situation is we have the Bahrainians and the United Arab Emirates, they already had diplomatic, security and trade ties with Israel. And it opens the door to some possibilities.”

“The real action here is the United States giving arms, giving serious arms to UAE potentially to go after the Iranians. And so what we’re doing is stirring up a proxy war, and that doesn’t diminish the chance of war or disruption in the Middle East — it accelerates it,” Juan declared. Video Below