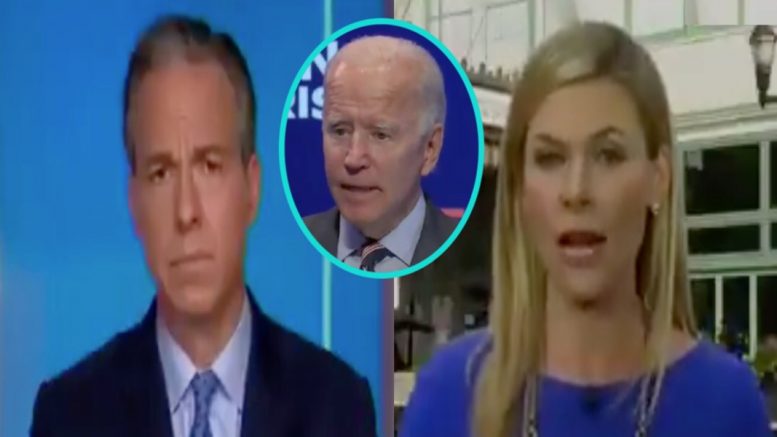 Democratic presidential nominee Joe Biden appeared to flip-flop again when he claimed that his legal team believes he would have the authority to impose a federal/national mask mandate through an executive order to prevent the spread of the coronavirus, should he be elected.

During a campaign event on Wednesday, Biden vowed that if elected, he “would call all the governors to the White House” to make the case for implementing a mask mandate.

Biden emphasized that if he had the legal authority to sign an executive order on masks, “I would.”

Biden says his legal team believes he'd have the authority as president to issue a mask mandate "based upon the degree to which there's a crisis in those states, and how bad things are for the country" https://t.co/Nj065CIsxp pic.twitter.com/HbDKjUjggO

“Every American should be wearing a mask when they’re outside for the next three months at a minimum. Let’s institute a mask mandate nationwide starting immediately and we will save lives. The estimates are we will save over 40,000 lives in the next three months if that is done,” Biden said in Wilmington, Delaware, without explaining specific details or taking questions from the press that day.

CNN on Wednesday, appeared somewhat confused over Biden’s backtracking on whether to mandate the wearing of a mask, but confirmed the Biden campaign’s double flip-flop.

“… Then they backed off it– said it was a mask guideline or something like that, but now, I guess they’re back to a mask mandate,” Jake Tapper said, seemingly puzzled.

In August, the Commander in Chief held a Coronavirus Task Force briefing, slamming the Democratic presidential nominee for “politicizing a pandemic” and showing “his appalling lack of respect for the American people”.

“But while Joe Biden would allow rioters, looters, and criminals, and millions of illegal aliens to roam free in our country, he wants the federal government to issue a sweeping new mandate to law abiding citizens. He wants the President of the United States, with a mere stroke of a pen, to order over 300 million American citizens to wear a mask for a minimum of 3 straight months. … I guess he thinks it’s good politics. No matter where they live and no matter their surroundings,” the president said.  Continued Below

The Commander in Chief declared: “He does not identify what authority the president has to issue such a mandate or how federal law enforcement could possibly enforce it, or why we would be stepping on governors throughout our country, many of whom have done a very good job, and they know what is needed. … Our governors have worked very hard. They’ve worked with Vice President Pence and myself and everybody else that’s been going.” [Emphasis added].

“I have emphasized this is a patriotic thing to do,” the president said, referring to comments he made in July. “What do you have to lose? We’ve been saying wear them when it’s appropriate, especially in terms of social distancing if you can’t distance enough. And what do you have to lose? But again, it’s up to the governors. We want to have a certain freedom. … That’s what we’re about.”

(Related: Tucker Blasts Dr. Fauci For Taking Off Mask At Baseball Game: “Masks For Thee, But Not For Me’)