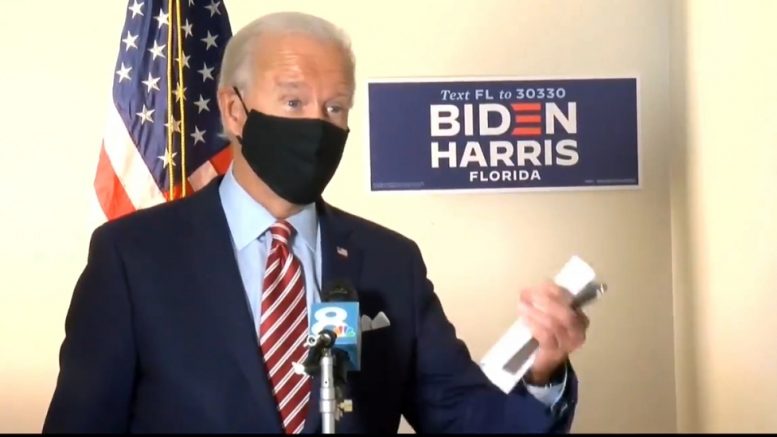 Democratic nominee Joe Biden has a special message for President Trump with just two weeks before they are set to square off in their first debate.

“Get ready, Mr. President. Here I come,” Biden said after being pressed about the condition of his mental state while interviewing with News Channel 8 (WFLA) in Tampa.

Trump has repeatedly attacked Biden over his mental state, and has challenged the former Vice President to take a drug test prior to the first debate, citing his concern that Biden could take some sort of medicine to enhance his performance.

“You know why I won’t lose, because the country, in the end, they’re not going to have a man who – who’s shot. He’s shot, he’s mentally shot,” Trump said in an interview that aired back in July on “Fox News Sunday.”

Referencing comments made by Trump, WFLA’s Keith Cate asked Biden the following: “You got a debate coming up. It’s in two weeks. President Trump’s accusing you of being ‘mentally shot’ — his words — even suggesting that you’re taking something. How do you respond to his pre-debate accusation? And are you looking forward to the debate?”

“I’m looking forward to the debate, and he’s a fool,” Biden replied before one of his staffers could be heard trying to end the interview.

“The comments are just foolish. Get ready, Mr. President. Here I come,” Biden calmly said as he stared at the reporter for a few seconds. Video Below

Jesse Watters: “Alarm Bells Should Be Going Off Right Now, And Not In Biden’s Fantasy Land”