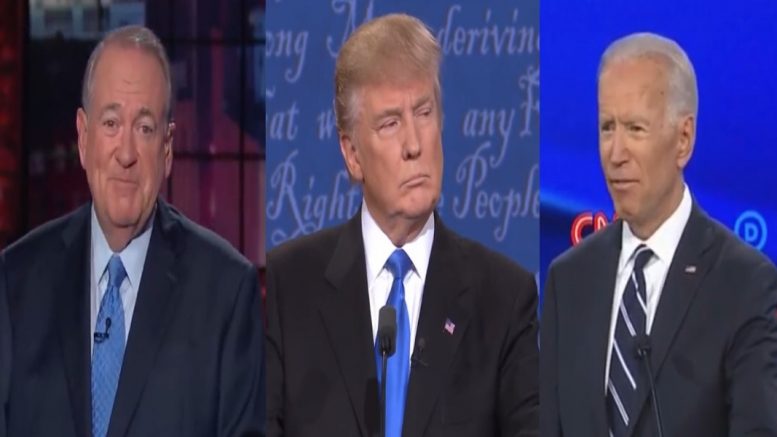 The New York Times published an op-ed Monday morning titled “Let’s Scrap the Presidential Debates”, arguing the point is that the debates are meaningless– “that ‘winning’ a debate, however assessed, should be irrelevant, as are the debates themselves.”

Journalist Elizabeth Drew claimed, however, that she is not worried that Biden will lose the debates. “This, by the way, isn’t written out of any concern that Donald Trump will prevail over Joe Biden in the debates; Mr. Biden has done just fine in a long string of such contests,” she wrote.

Nervous managers of the scheduled 2020 presidential debates are shuffling the logistics and locations to deal with the threat of the coronavirus. But here’s a better idea: Scrap them altogether. And not for health reasons.

The debates have never made sense as a test for presidential leadership. In fact, one could argue that they reward precisely the opposite of what we want in a president. When we were serious about the presidency, we wanted intelligence, thoughtfulness, knowledge, empathy and, to be sure, likability. It should also go without saying, dignity.

Yet the debates play an outsize role in campaigns and weigh more heavily on the verdict than their true value deserves. Continued Below

“I doubt many viewers would notice the difference,” he added. Continued Below

If Biden won’t debate @realDonaldTrump , @POTUS should just hold a debate anyway-against a cardboard cutout of Joe Biden and a random word generator. I doubt many viewers would notice the difference.

President Trump’s 2020 campaign manager Bill Stepien said on “Fox & Friends” Monday: “We want more debates. We want them to start sooner. The first debate is scheduled for September 29. By that time, 16 states will already have been voting.”

Democrats are already trying to give Joe Biden the cover not to debate.
@BillStepien is spot on: Americans deserve to see the contrast between @realDonaldTrump’s America First Agenda and Biden’s far-left agenda on the debate stage! pic.twitter.com/n23P9PHqaQ

Meanwhile, President Trump’s son, Donald Trump Jr., also weighed in, writing: “OMG they’re really going for it. There’s absolutely nothing the left will not do to protect Joe Biden and cover-up for all of his obvious flaws.”

OMG they’re really going for it. There’s absolutely nothing the left will not do to protect Joe Biden and cover-up for all of his obvious flaws.

Joe Biden is not just avoiding tough questions from reporters, his lackeys in the media are now trying to get him out of facing @realDonaldTrump on a debate stage.

If he can’t defend his positions, he doesn’t deserve your vote!https://t.co/cmYXsBjB4Q

#JoeBiden wouldn’t be able to debate even if he weren’t hiding in his basement. He has dementia, which I don’t wish on anyone. It is unfair to American voters, however, that the Democrats’ unabashed election strategy is keeping this walking fossil on ice. https://t.co/xdeiLoFrck

Trump “will take the truth and destroy it, and Biden will be in the position of correcting him over and over and over again. I don't think he should give him that platform.” pic.twitter.com/4EOR4Q9Um7

Joe Biden, his staff, his supporters, and their lapdog media propagandists are all scared shitless to debate President Trump.