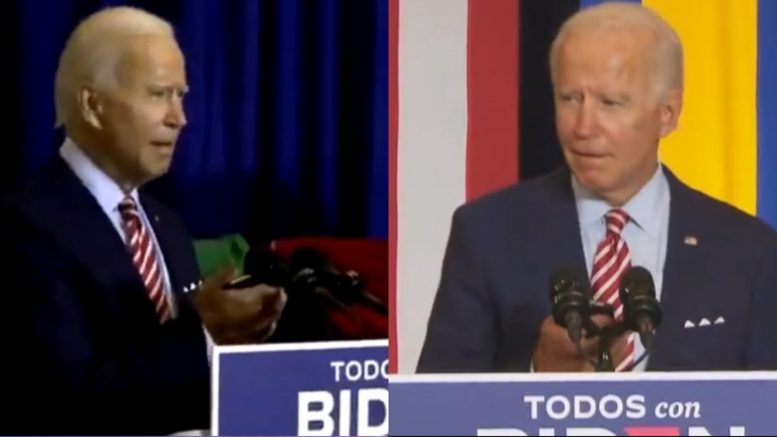 Democratic nominee Joe Biden stepped up to the podium in Kissimmee, Florida on Tuesday and played the hit song ‘Despacito’ by Puerto-American singer Luis Fonsi before delivering remarks to kick off Hispanic Heritage Month.

Hispanic Heritage Month, which celebrates and recognizes the contributions Hispanic Americans have made to American society and culture, began on Tuesday and ends on Thursday, October 15.

Related Article: NBC Contributor Sounds The Alarm On Trump’s Growing Latino Support: “Democrats Should Have Their Hair On Fire”

Biden was introduced by popular Hispanic musician Luis Fonsi before pulling out his phone and saying, “I just got one thing to say.” He then played the singer’s hit song ‘Despacito’ and bobbed his head.

Which Biden handler let him play Despacito on his phone during a live event? pic.twitter.com/8pHPEViJtc

Prior to his visit to Florida, polls showed President Trump with incredible support from the Latino community in the Sunshine State.

Last week, NBC Contributor Victoria Defrancesco Soto warned Democrats that they “should have their hair on fire” over the poll numbers that show Trump gaining an estimated 17% Latino support in Florida since the 2016 election.