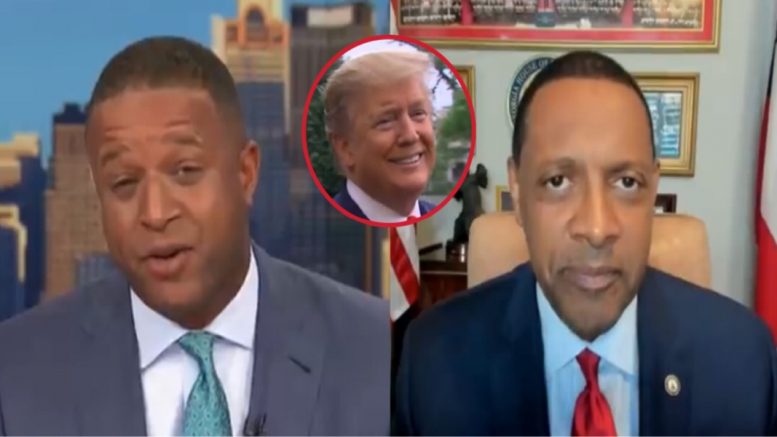 Georgia Democratic State Representative Vernon Jones leveled Craig Melvin on Wednesday when the MSNBC host asked Rep. Jones if he is being paid by President Donald Trump to support him.

The conversation became heated when Melvin told Rep. Jones that the president “inherited” an booming economy from the previous administration, before the novel coronavirus pandemic.

The MSNBC host interjected to tell the Georgia state representative that he “likes to traffic in facts”, adding: “Much of what you just said is patently false. … This is my show; I’ll ask questions, give me a second.”

“You had me on your show, so let me explain,” Rep. Jones argued. “Don’t cut me off when I’m giving you an answer.” Continued Below

Melvin Craig then asked Rep. Jones: “Are you a paid campaign surrogate? Are you being compensated?”

“And see, that’s the problem. When an African American– let me finish,” he said while being interrupted. “Sir, don’t ask me that. You only asked me that because I don’t fit your narrative. This president has never offered me anything. I don’t want anything from this president. It’s what I can do for my country”, Rep. Jones said. Video Below

“I didn’t leave the Democratic Party. The Party left me,” Rep. Jones said.

I’m a Georgia State Representative and lifelong Democrat. But in this election, I’ll be casting my vote for @realdonaldtrump.