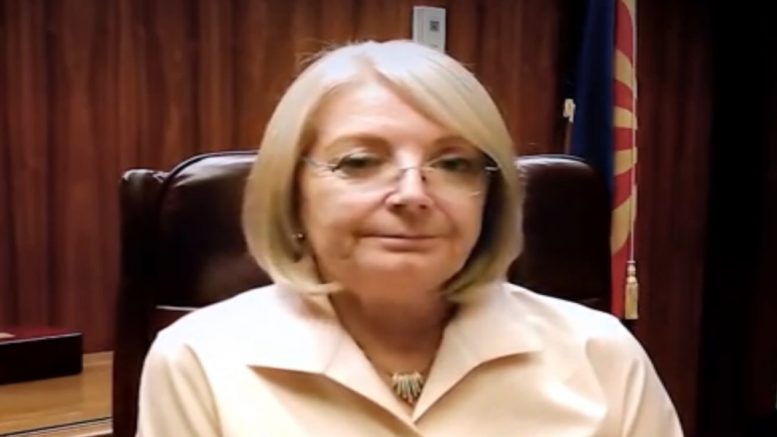 During an interview Friday on “The Wide Angle” with Brandon Fallon, Arizona Senate President Karen Fann (R) unveiled what the mainstream media will not report, regarding the Maricopa County forensic audit, and what the future may hold.

This week, Senator Fann had tweeted, “Build the case, set the trap, and boom the Maricopa lies will come back to haunt them.” Brandon Fallon asked the Arizona senator to clarify what she meant in her tweet.

“It’s been an ongoing battle since we first started this,” Senator Karen Fann said. “Unfortunately, instead of them working with us, they have done everything in their power to try and stop this audit, or I’ll use the word ‘sabotage’, in some case”.

“It’s interesting over the months how this has transpired, how the story has changed as to what they will do, they won’t do, promises made, promises not kept. And as all of this drags on, there is just more and more contradiction that is coming out of this from them. And so, that’s what the comment meant. We’re just trying to do an audit. And audit is what it is. The numbers will come out, and whatever they are, then that’s what they’re gonna be,” she explained.

Further in the interview, Senator Fann was asked “what are the possible avenues forward” as Maricopa County refuses to cooperate with the Arizona Senate.

“This is about election integrity, so I don’t want it to get any uglier. I don’t want this to drag on. I want information. I want results … proof, and put it out there,” she said, noting that she has known some of the officials for several years. Continued Below

“If there was something that was done inappropriately, if it was done criminally, I’m gonna turn it over to the attorney general’s office,” Senator Fann  warned. “We have a department there, a division that deals with election integrity.”

“I’d like to turn it over to them and let them get to the bottom of whatever we find. We will turn a lot of that over,” she indicated.

“If we find that some of our procedures just aren’t working very well, then as a senate body, that’s our job to tweak those laws to make sure things aren’t falling between the cracks, that we’re doing this right. Again, this has been nothing more than just election integrity and answering the questions,” the Arizona senate president added. Video Below

AZ’s Ken Bennett: I’m Convinced ‘People Who Are Screaming’ About The Audit ‘Have Something To Hide’