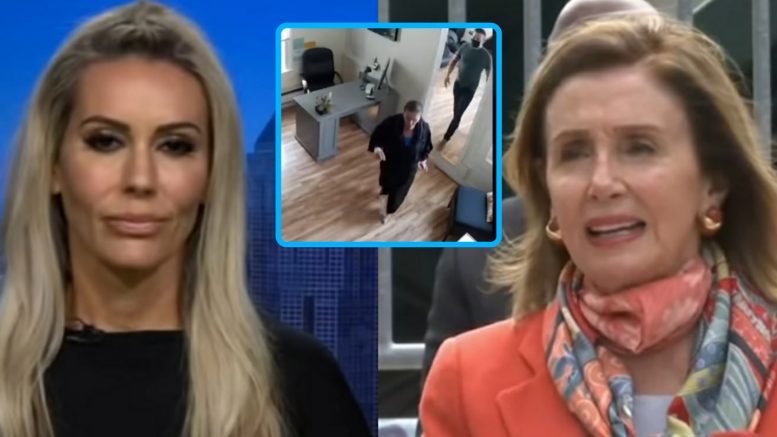 The owner of the salon, where Nancy Pelosi was caught on camera violating San Francisco’s coronavirus ordinance, rejected the House Speaker’s accusation that she was “setup.”

Erica Kious the owner of eSalon said “there was no way” she could have set up Pelosi, despite what the congresswoman claimed at a news conference earlier on Wednesday.

“I take responsibility for trusting the word of the neighborhood salon that I have been to over the years, many times,” Pelosi told reporters Wednesday. “When they said we’re able to accommodate one person at a time, and that we can set up that time, I trusted that.”

She added: “As it turns out, it was a set up. So I take responsibility for falling for a set up. And that’s all I’m gonna say on that.”

“The salon owes me an apology for setting [me] up. … We need to get back to work, many [are] annoyed at the set up that was there for a purpose, that has nothing to do with the– ending the crisis. … It was clearly a set up. I take responsibility for falling for a set up by a neighborhood salon that I’ve gone to for years. And that’s really what it is,” Pelosi vented.

In response, Erica Kious denied orchestrating a “setup” when pressed by Tucker Carlson on Wednesday evening.

Related Article: Don Jr. On Pelosi Calling Her Hair Appointment A ‘Set Up’: “She’s Really The Mary Antoinette Of The 21st Century”

“[Pelosi] had called the stylist, or her assistant did, and made the appointment. So the appointment was already booked. So, there qas no way I could have set this up,” Kious said.

“And I’ve had a camera system in there for five years. I mean, I didn’t go in there and turn cameras on as soon as she walked in and set her up,” she added. “So that’s absolutely false.” Video Below

Following Kious’ appearance on Tucker, Governor Kristi Noem told the salon owner that she is welcome to bring her business to South Dakota, where there has been no coronavirus lockdown order.

My heart goes out to Erika. As a former female small business owner, I can only imagine how crushing these last few months have been. And now THIS!?

Erika, if you want to run your salon in a state that respects Freedom and won't shut you down, then South Dakota is open for you. https://t.co/la6CD5LScC