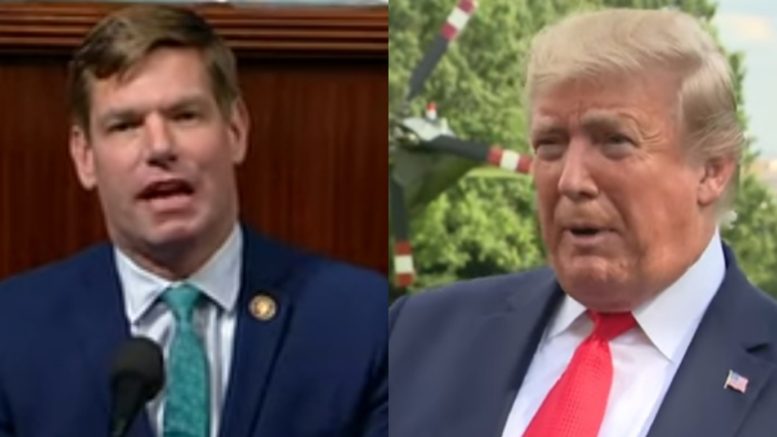 Democrat Rep. Eric Swalwell waited until the end of Robert Mueller’s testimony to reply to President Trump’s public thrashing of him from one day prior.

“He was just forced out of the Democrat Presidential Primary because he polled at ZERO. Fox sure ain’t what it used to be. Too bad!” said President Trump.

Wednesday’s hearing arguably turned out to be a big win for Republicans as Mueller appeared frail and highly confused about the contents of his own report throughout much of the hearing.

Mueller even had to back track at one point about a statement he made earlier in his testimony in regards to why he didn’t charge Trump with obstruction.

As a result of Mueller’s lackluster performance, Democrats were left scrambling on how to move forward in their push for impeachment. However, Rep. Swalwell begged to differ, and showed pure optimism in his response to Trump.

After the hearing, Swalwell responded to Trump’s tweet by referencing Mueller’s exchange with Chairman Jerry Nadler, where he agreed that Trump could technically be indicted after leaving office.

Swalwell said, “ICYMI: You’re probably going to be indicted when you leave office.” See Below

In ending, here’s video of Greg Gutfeld giving his take on the Mueller hearing.