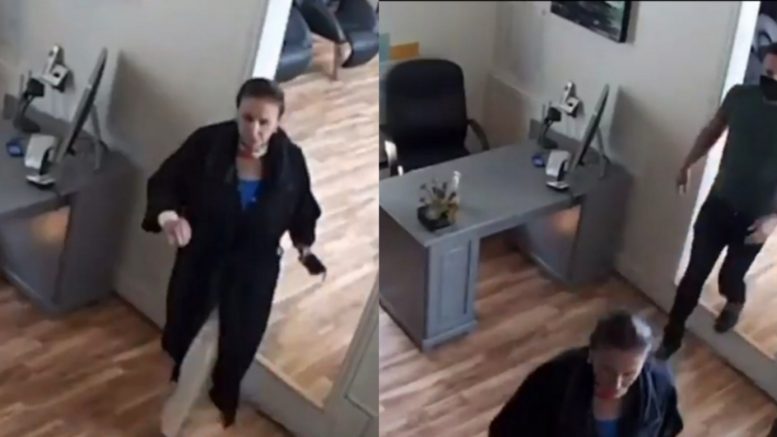 House Speaker Nancy Pelosi did, in fact, visit a salon on Monday in San Francisco, according to her deputy chief of staff. But he claims it was the salon who gave Pelosi the green light to get her hair done up at the business even though such actions went against the city’s coronavirus mandate.

The new revelation came just hours after a video circulated showing a person alleged to be Pelosi walking in a salon with wet hair and without a mask, which drew anger from the salon’s owner whose business has been closed for the last six months due to COVID-19 restrictions.

“My hair is more essential than your livelihood or the education of your children.”

Video captures a maskless @SpeakerPelosi using San Francisco hair salon that has been shuttered by government for months for blow-out https://t.co/VshKwNM9GJ pic.twitter.com/hQ9QzTVElm

San Francisco’s ordinance did not allow salons to be open during the time the video was filmed, and as of Tuesday, they’re only allowed to be operate if business is conducted outside.

“The Speaker always wears a mask and complies with local COVID requirements. This business offered for the Speaker to come in on Monday and told her they were allowed by the city to have one customer at a time in the business. The Speaker complied with the rules as presented to her by this establishment.”

Despite the claim made by Hammill, the salon’s owner Erica Kious claims the situation was out of her control as a stylist who rents space at the salon made an appointment with the House Speaker. Kious called Pelosi’s visit “a slap in the face.”

“It was a slap in the face that she went in, you know, that she feels that she can just go and get her stuff done while no one else can go in, and I can’t work,” Kious is quoted as saying according to KTVU News.

Here are some reactions:

“Let them get home bowl haircuts.”

Funny how Dems make harsh rules for others but they are too important to follow them-joining Philly Mayor, DeBlabbio, Lori Lightfoot, now Pelosi joins the club. Pass the high-dollar ice cream, Nancy! Oh, it's not for the "little people." https://t.co/HSFV91tTCp

Americans have shuttered businesses, complied with local orders, and sacrificed everything to defeat the virus.

But Nancy Pelosi doesn’t think the rules apply to her. She thinks she deserves special treatment.