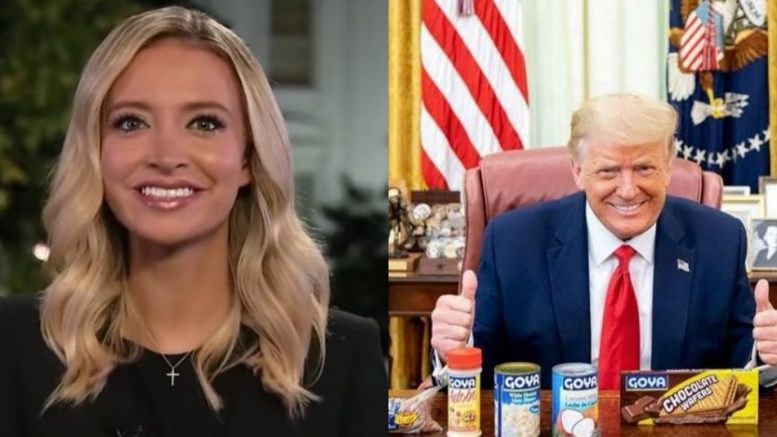 President Trump’s approval rating has climbed up to a whopping 51%.

And White House Press Secretary Kayleigh McEnany is making sure the “Big” new statistic is known far and wide.

Press Secretary touted the great new numbers and compared them to former President Barack Obama, who at the same time during his presidency had a dismal 44% approval rating. Continued Below

“This is BIG!” McEnany tweeted in reponse to the poll. “President @realDonaldTrump approval: 51%. Obama at the same time: 44%. Those who strongly approve of Trump: 40%.”

“Incredible. This. Is. The. Silent. Majority,” she added. See Below

Those who strongly approve of Trump: 40%

Incredible. This. Is. The. Silent. Majority. #Trump (Rasmussen)

Here is a screen shot taken directly from the interactive chart that Rasmussen included in their article, which shows the comparison that McEnany is referring to: 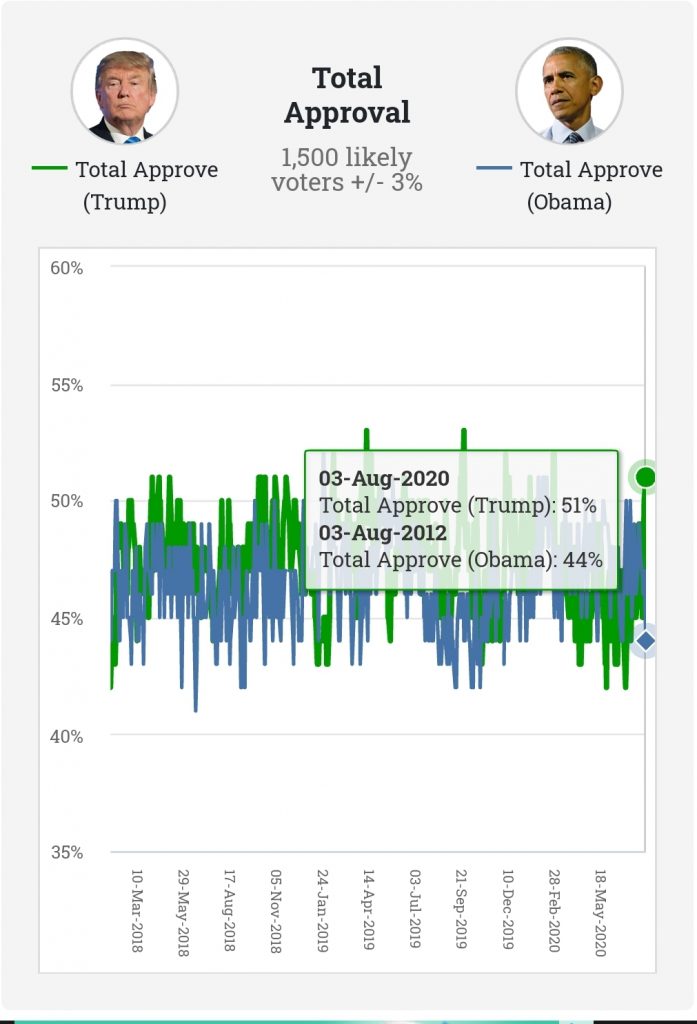 Despite the good news regarding the President’s approval rating, left-leaning media sources have chosen to ignore it and instead, they’ve resorted to non-stop negative coverage against Trump and his administration, including Press Secretary McEnany.

In ending, here is video of McEnany addressing the constant attacks by the “liberal” media:

Pastor Jeffress: The God That Leftists Believe In Is “The God Of Their Imagination, Not The God Of The Bible”