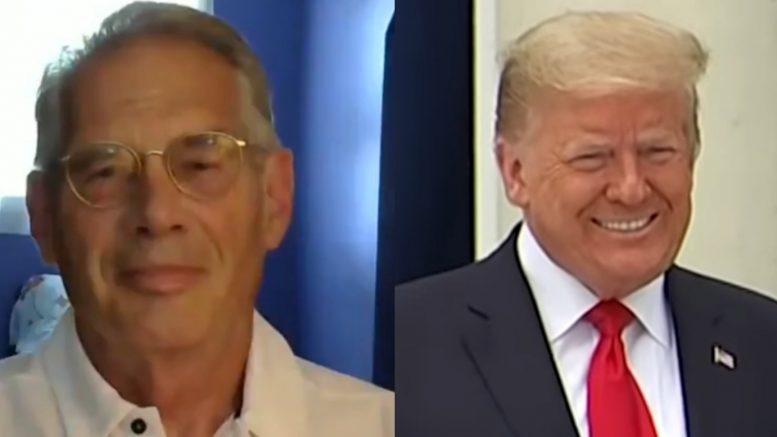 The election forecaster who predicted President Donald J. Trump’s upset victory against Hillary Clinton in 2016 says there is a 91% chance that the Commander-in-Chief will be re-elected, according to his primary model.

Helmut Norpoth, a political science professor at Stony Brook University, claims the model he uses has “done quite well” at predicting the outcome of Presidential elections for over the past 100 years.

Related Article: Jesse Watters: “The More Things Return To Normal, The Worse It Is For Joe Biden”

Norpoth’s current model for the 2020 election shows President Trump winning with an electoral count of 362 versus 176 for Joe Biden.

“I’m predicting that Donald Trump has a 91% chance of being re-elected,” Norpoth told Lou Dobbs.

When asked what he thought about models by left-wing sources, such as CNN, that show the complete opposite of what he is forecasting, Norpoth said, “Well, I don’t go by opinion polls. I go by the real polls.”

“I go by what happens in the primary elections, and in those primary elections, especially the early ones, Donald Trump did very well. And Joe Biden, as many of you have forgotten by now, struggled,” Norpoth pointed out while reminding viewers that Biden came in fifth place in New Hampshire’s primary.

“I don’t know of any Presidential nominee who did so poorly in New Hampshire who went on to win in November,” he said.

Norpoth went on to declare, “These early primaries, these early votes provide a very powerful metric for predicting what is going to happen in November.” Video Below

Trump Will Triumph: @primarymodel16 says his election model predicts @realDonaldTrump has a 91% chance to win reelection—a model that has correctly predicted 24 of the last 26 presidential elections, including 2016. #MAGA #AmericaFirst #Dobbs pic.twitter.com/fVnZfrLNt0