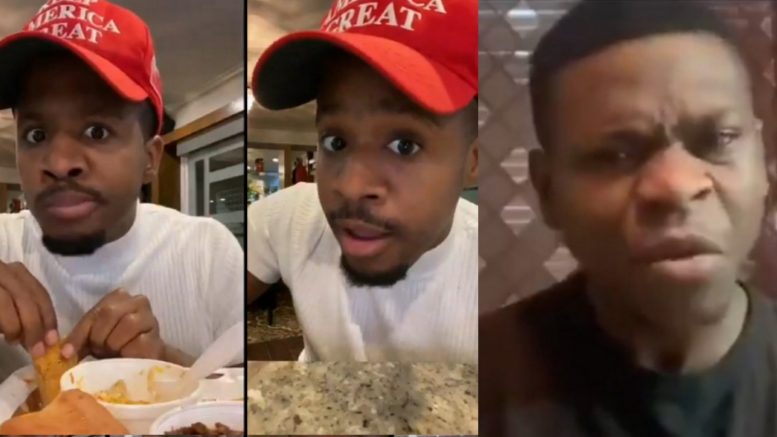 Terrence Williams fired back after a random man on social media was triggered over a video that features the comedian shaking President Trump’s hand after speaking during a black leadership summit at the White House.

“Do ya’ll see this bullsh*t,” the man says before mocking Terrence Williams because “he love Trump.”

The man then goes into a roughly 90-second rant, where he appears to question why Terrence would support Trump when he “ain’t done sh*t” for black people.

In response, Terrence said, “You’re right, I do love President Donald J. Trump” and he urged the man in the video to “name one thing that Joe Biden has done for the black community.”

THE HATE IS SO REAL

I’m happy I went to the White House, coming from the Foster Care System & being able to speak on stage with President @realDonaldTrump is the American Dream. pic.twitter.com/ym2bU6opXI

President Trump Mocks CHAZ Protesters Over Their ‘Wall’: “See, I Was Ahead Of Our Times”