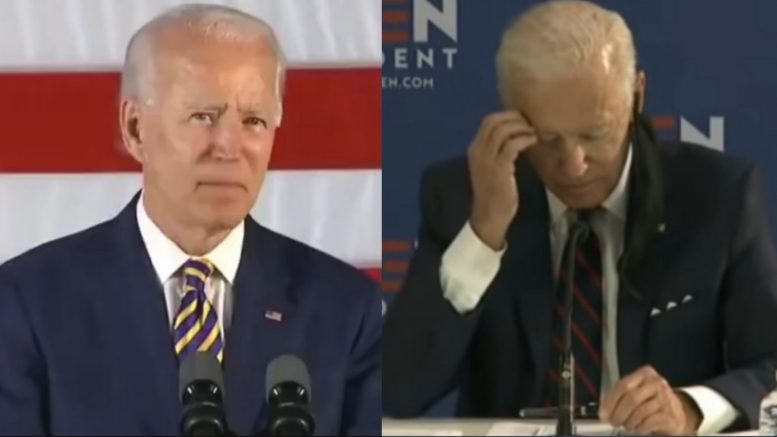 A new poll indicates that majority (55%) of likely voters believe former Vice President Joe Biden is “in the early stages of dementia.”

Zogby Analytics conducted the online poll between June 1 and June 2, where there were 1007 respondents. The party breakdown for the survey was 36% Democrat, 36% Republican and 28% Independent/ unaffiliated. Results were published on Wednesday.

Zogby’s poll asked, “How likely is it the Vice President Biden is in the early stages of dementia?”

According to the results: 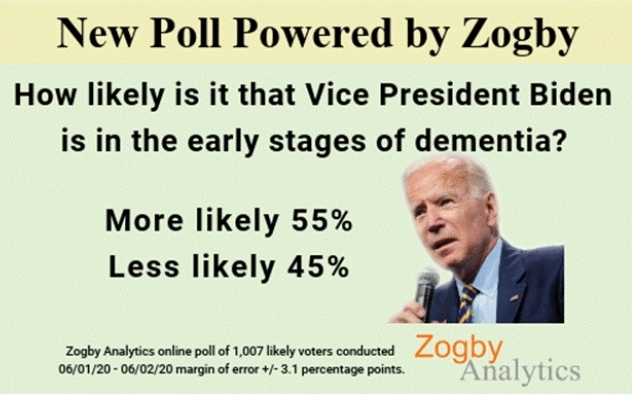 And the other 45% think the earth is flat… https://t.co/pAcSMxqc8J

Related Article: Jesse Watters: “The More Things Return To Normal, The Worse It Is For Joe Biden”

Biden has been known for having several gaffe’s & moments where he appears to lose his train of thought while campaigning, which has led to his critics speculating if he is suffering from early stages of dementia. Videos Below

We leave you with clips Biden’s most recent “brain freezes” and low-energy moments:

Looks like #SleepyJoe needs to take his own advice👀 pic.twitter.com/DZvoaITRyi