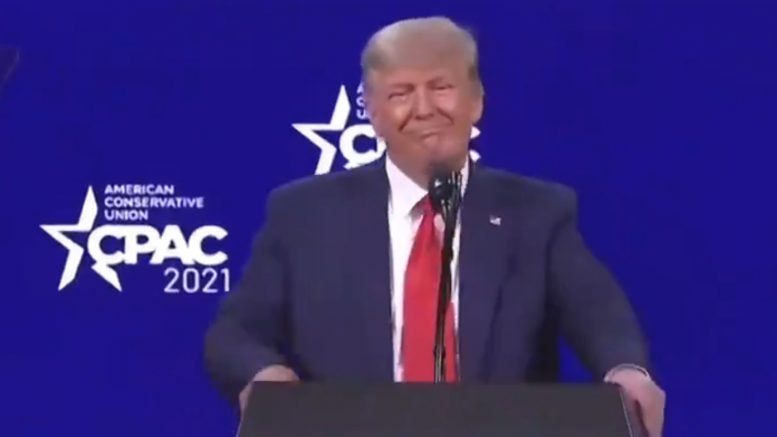 The CPAC crowd erupted into cheers on Sunday as former President Donald Trump hinted that he may run for office for a third time.

It was the first speech Trump delivered since leaving the White House on January 20th.

Related Article: Jason Miller On Trump’s CPAC Speech: “Buckle Up For Sunday; President Trump Is Back & Better Than Ever”

“Biden has failed at his number one duty as chief executive at enforcing America’s laws. This alone should be reason enough for Democrats to suffer withering losses in the midterms and to lose the White House decisively four years from now.

“Actually, as you know, they just lost the White House, but it’s one of those things. But who knows, I may even decide to beat them for a third time, okay?”

In ending, here is Trump asking the CPAC crowd if they miss him yet: