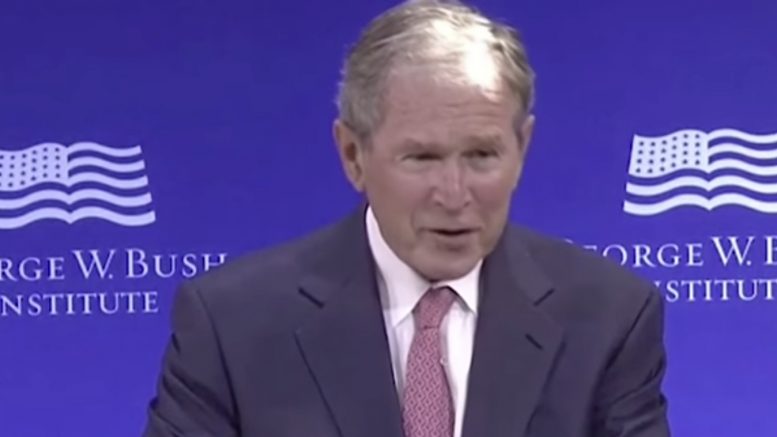 Freddy Ford, a spokesperson for George W. Bush, has come forward to deny claims made about the 43rd president in an article that was recently published by The New York Times.

On Saturday, the paper reported that Bush along with other well-known Republicans will not be supporting President Trump’s bid for re-election.

As reported by The New York Times:

“Former President George W. Bush won’t support the re-election of Mr. Trump, and Jeb Bush isn’t sure how he’ll vote, say people familiar with their thinking. Senator Mitt Romney of Utah won’t back Mr. Trump and is deliberating whether to again write in his wife, Ann, or cast another ballot this November. And Cindy McCain, the widow of Senator John McCain, is almost certain to support Mr. Biden but is unsure how public to be about it because one of her sons is eyeing a run for office.”

In response, Bush’s spokesman Freddy Ford reportedly told The Texas Tribune that Bush would steer clear of speaking publicly on his presidential vote and deemed the claim made by NYT as false.

“This is completely made up. He is retired from presidential politics and has not indicated how he will vote,” Ford said in an email to The Texas Tribune.

In ending, here is Mollie Hemingway’s response to the New York Times’ story:

I felt this way about the Mattis thing this week. He already played that card twice before. A third time doesn’t mean anything even if his hype team in the media pretends it does. Basic and obvious but: You can’t keep playing the same card.