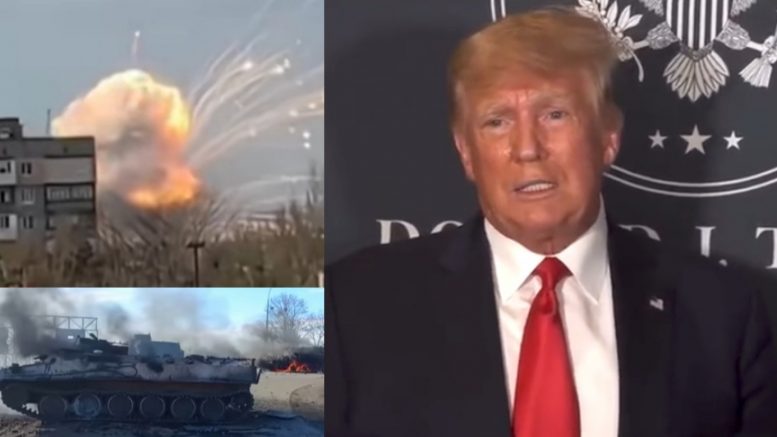 45th President Donald Trump was pressed on the invasion of Ukraine while surrounded by reporters at CPAC on Saturday.

“I just think it’s a shame what’s going on,” Trump told journalists. “There was no reason for it. It shouldn’t have happened. It would not have happened if our administration were in place… not even close.”

“[Putin] always had a feeling for Ukraine, but it never would’ve happened,” he added. “What’s happening today is so sad. When you watch it, when you see what’s going on.”

“Now who knows where it’s going — very brave people, the way they’re fighting. It’s an amazing thing. But this would never have happened — or any thousands of people are dead — this would have never happened,” the former President said.

President Trump says it’s a shame what’s happening in Ukraine. This wouldn’t be happening under his administration. pic.twitter.com/vm56DKOECJ

Lewandowski On Roger Stone: “The Way He Was Treated By This Government Should Scare The Hell Out Of Every American”