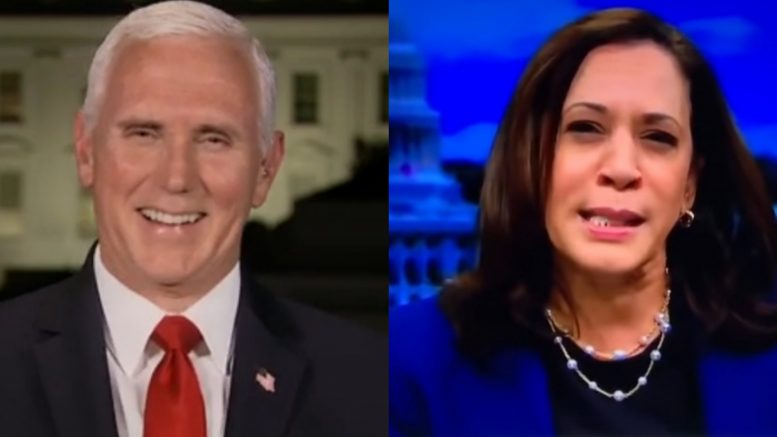 During his Tuesday appearance on Hannity, Vice President Mike Pence weighed in on the dynamics of the 2020 race now that Joe Biden has officially added California Senator Kamala Harris to the Democratic ticket as his running mate.

“The choice has never been clearer,” Vice President Pence declared before making the case for why he and President Trump have a far better “vision” for America.

“Joe Biden’s decision to add Kamala Harris to the ticket confirms everything President Trump and I have been saying, and that is that Joe Biden and the Democratic Party have been overtaken by the radical left,” Pence said.

“Kamala Harris, like Joe Biden, supports higher taxes, socialized medicine, open borders, abortion on demand,” he continued. “And where Joe Biden said he’d be willing to cut funding to police, she said recently that she thought that we should ‘reimagine the police in this country.'”

Then after mentioning how the Trump/Pence Administration has created more jobs in the last three months than Obama and Biden did in eight years, Pence reiterated, “Kamala Harris being added to the ticket just confirms what President Trump and I have been saying all along.” Video Below

Scherie Murray Slams AOC After She Calls Core Part Of Trump’s Coalition ‘Racists’: ‘We Heard This Rhetoric From Hillary Clinton’