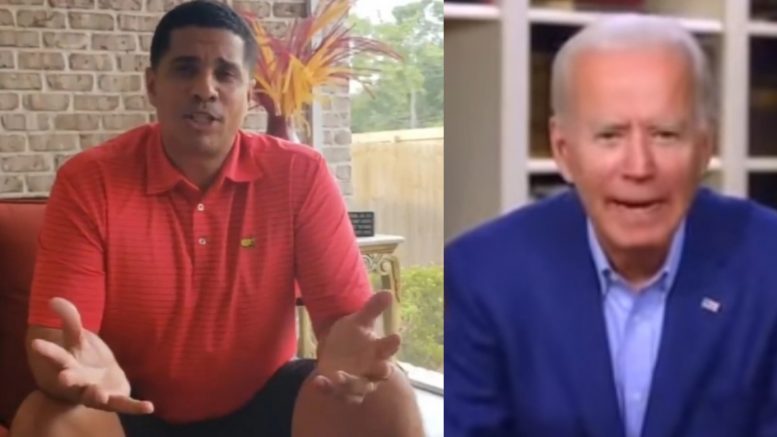 Joe Biden faced harsh criticism from a school superintendent in the critical swing state of Florida on Monday over controversial remarks he has made.

Marcus Chambers, who is superindent for schools in Okaloosa County, specifically targeted the “you ain’t black” comment Biden said while interviewing with Charlamagne Tha God on Friday, as well as the moment that the former Vice President said “poor kids are just as bright and just as talented as white kids” at a campaign event in Iowa.

Chambers then pledged his support behind President Trump in the 2020 election.

“Recently, Joe Biden’s made some statements that’s reminded me of statements from the past,” Chambers said. “One of which, ‘Poor kids can learn just as well as white kids.’ What does that mean?”

“Then most recently, the statement that if you’re black and you don’t vote for Joe Biden, then ‘you ain’t black.,'” Chambers continued. “Now respectfully, who’s Joe Biden to question someone’s blackness?”

“In times when we should be bringing the country together, statements such as those — they divide us. It’s irresponsible,” he declared.

“Now I have to say, I’m proud of my black heritage. I’m proud to be American. And I’m proud to support President Donald Trump,” Chambers concluded. Video Below