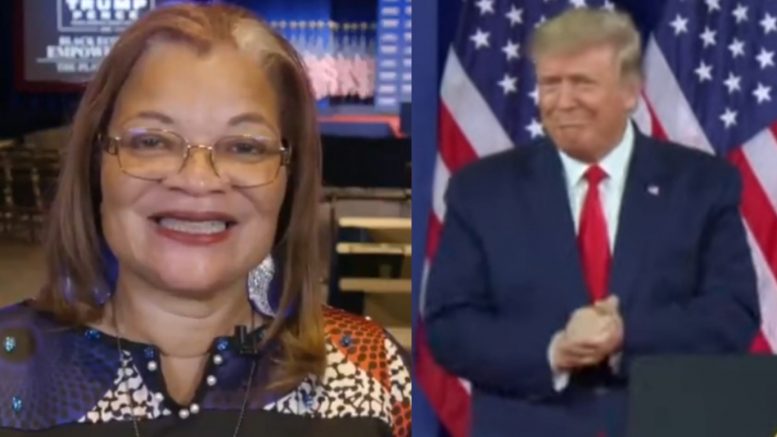 Dr. Martin Luther King Jr.’s niece, Alveda King, is confident that President Donald Trump has done more for the Black community than any other president in history did in their first four years.

Alveda made the bold claim while weighing in on President Trump’s unveiled “Platinum Plan” for African Americans, which calls for increased investment in Black businesses and additional capital for Black entrepreneurs, prosecuting the Ku Klux Klan and Antifa as terrorist organizations, and recognizing Juneteenth as a national holiday.

In response to polls that suggest growing support among blacks for President Trump, King told Lou Dobbs, “We are waking up. We are ready to have more houses, to own more homes, to have better education for our children, to have alternatives to abortion so our families can grow. We are very excited.”

“President Trump has done much of that in the first four years,” she added. “It’s just only going to grow. 500 billion opportunities into moving towards the trillions. That’s what we’re looking for, and he has already delivered and he is going to keep delivering.”

“I’m 70 years-old. I’ve been in the White House many times with many Presidents. Donald John Trump has done more for African Americans than any other President did in their first four years,” Alveda declared. Video Below