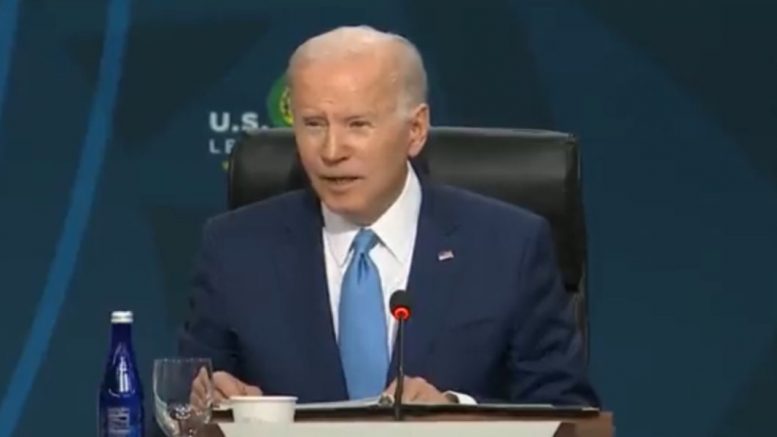 While making remarks to the Africa Leaders Summit he hosted in Washington, 80-year-old Joe Biden suggested he was a “poor” relative and said that poor people “come and eat your food” and “stay longer than they should” as he hinted about his intention to make a trip to the African continent.

“I’m grateful that all of you made the journey to Washington for this summit. And I’m eager to visit your continent,” he said. “As I told some of you, you invited me to your countries. I said, be careful what you wish for.”

“Vice President Harris is also planning to visit, as is my wife, Jill,” Biden also said.

But we’re just not going to get ahead of that announcement”, Daily Mail reported.

Related: O’Reilly: ‘Things Are Going to Get Worse for Biden’ – ‘He Might as well Move to Delaware’

Rep. Greene Files Articles of Impeachment Against Biden for ‘Selling the American People’s Oil to our Enemies’