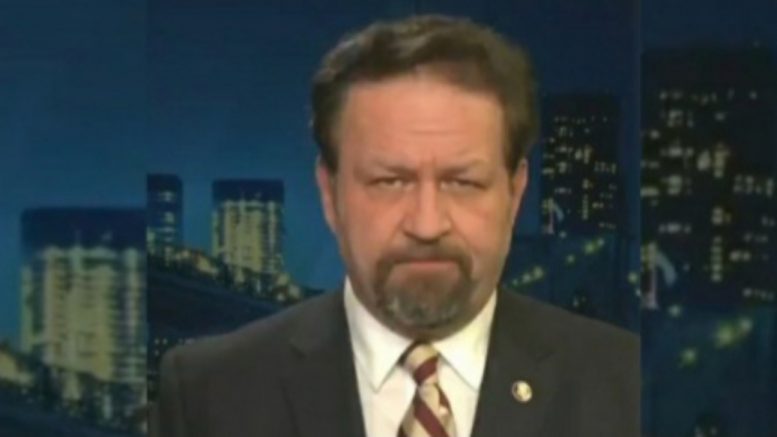 On Monday, Sebastian Gorka provided a detailed explanation of why Joe Biden is not technically “President-Elect” like Democrats and the media have been claiming over the past several weeks.

He then broke down how President Trump still has a Constitutional path to victory, which would not require some of the dramatic strategies that have been propogated by the media as being under consideration by Trump, such as invoking the Insurrection Act.

“I am shocked that my fellow Americans know so little about how we choose a President,” Gorka said before explaining that when you cast a ballot for President, you are actually voting for a slate of electors for the state in which you reside.

“By the Constitution of our United States — the greatest nation on God’s earth — we do not yet have a President-Elect,” Gorka declared. “Joseph Robinette Biden — a man that I have come to label ‘Beijing Biden’…is not the President-Elect of the United States.”

“The state houses held those Electoral College votes and the results of those votes must be transmitted — must physically be moved to DC for a session of Congress of both Houses, which will count those results,” Gorka said.

“On January 6th, there is supposed to be a count of the Electoral College ballots,” he continued. “If that count is successful, thr man who is the sitting President of the Senate — that man is Vice President Mike Pence — cam declare the President-Elect. However, it’s not that simple.”

“If one congressman, if one senator together decide not to accept the results of an Electoral College vote, there is no declaration — there is no President-Elect,” Gorka said. “Each attempt to stop the steal will require by the Constitution two hours of debate on that objection. And if there are enough objections until January 18th, then something very special happens and our Founding Founders truly were geniuses. If enough brave men and women stand up and say, ‘No, not on my watch! We’re not going to allow an endorsement — a verification of a fraudulent election,’ then something called the contingent presidential election kicks in, and the House of Representatives chooses our next President. And our Senate chooses our Vice President.”

JUDGEMENT DAY IS UPON US 🔊: @SebGorka on the very important date in January and why Congress still needs to decide. https://t.co/VlT7z8drtO pic.twitter.com/9GzHYEOI4E

Democrat Rep. Lawrence On Biden’s ‘You Ain’t Black’ Remarks: “No One Has The Right To Tell An African American If They’re Black Or Not”