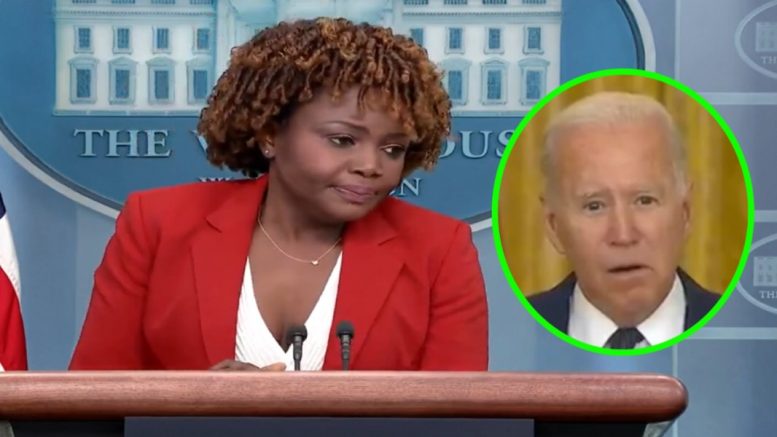 The White House on Wednesday deleted a post on Twitter after it was fact-checked for making an false claim regarding the Social Security cost-of-living adjustment (COLA) that was recently announced.

“Seniors are getting the biggest increase in their Social Security checks in 10 years through President Biden’s leadership,” the now-deleted White House tweet read.

The White House’s tweet did not mention the COLA adjustment was due inflation. COLA adjustments have been automatically done every year for decades due to federal law, and the adjustments are not contingent on any of the Biden administration’s policies.

Why did the White House delete this tweet? If Biden wants “credit” for inflation, he has it! pic.twitter.com/TC71aBYVpR

Twitter added “context” under the White House post, writing that seniors will get a “large Social Security benefit increase due to the annual cost of living adjustment, which is based on the inflation rate” before linking to the Social Security Administration’s website.

Twitter also noted former President Richard Nixon signed a law that mandated automatic benefit adjustments tied to the consumer price index, a key metric that measures inflation. For September 2022, the index surged to 8.2 percent year-over-year, according to data released by the Department of Labor.

On Oct. 13, the Social Security Administration increased the COLA by 8.7 percent due to decades-high inflation. Checks that are scheduled to go out in January 2023 will see the COLA increase.

During a White House briefing on Wednesday, the press secretary was asked about the now deleted tweet, prompting Karine Jean-Pierre to claim the tweet was “not complete”.

“Usually, when we put out a tweet, we post it with context,” she alleged. “And it did not have that context.”

Karine Jean-Pierre is asked why the White House deleted a tweet that took credit for the cost of living adjustment to Social Security payments (which was really due to Biden's inflation crisis).

She said they deleted it because "it was not complete." 🤔 pic.twitter.com/T8Jed6A6Nh

Related: White House Deflects After Biden Appears to Look for Deceased Congresswoman in Crowd: ‘She was of top of Mind’