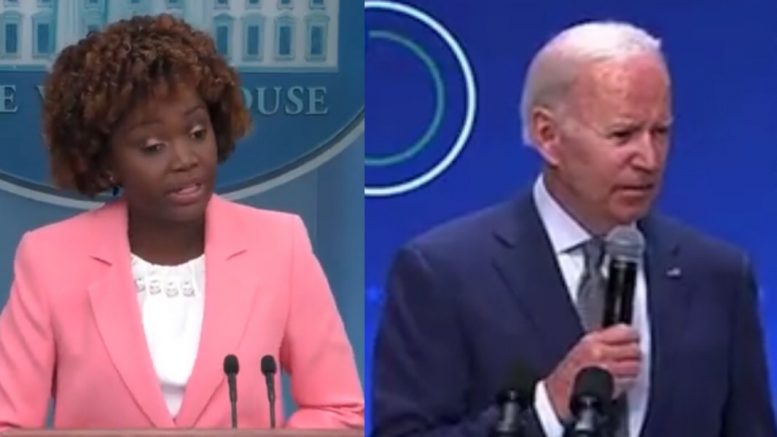 During a Wednesday event at the White House Conference on Hunger, Nutrition, and Health in Washington, 79-year-old Joe Biden appeared to forget about the tragic death of Indiana Rep. Jackie Walorski as he repeatedly searched the crowd for her and called out her name while on stage.

Walorski was one of four lawmakers who sponsored legislation pushing for the conference last year. She killed in a car accident along with two of her staffers in early August.

Biden attempted to give Rep. Walorski a shoutout while speaking on stage at the event. “Jackie, Jackie are you here?” Biden asked. “I think she was going to be here to help make this a reality.”

He had also issued a statement after her death.

At the time, Biden issued a statement mourning her death pic.twitter.com/87QzWUMgdt

Following Joe Biden’s grim mistake, White House press secretary Karine Jean-Pierre read off prepared answers to reporters, appearing to know that she would be pressed over the matter, and deflected from answering directly over why Biden appeared to look for Rep. Jackie Walorski in the audience.

The press secretary claimed Biden was “acknowledging her incredible work”, adding, “So of course, she was on his mind, she was of top of mind for the president.”

REPORTER: “He said, ‘Jackie, are you here, where’s Jackie. She must not be here.”

Karine Jean-Pierre: “I totally understand. I just explained, she was on top of mind.” pic.twitter.com/AnAjBAtYdr

Jean-Pierre was pressed to provide more “clarity” about Biden’s mistake:

"I think the memory of the congresswoman in history requires some clarity here."

Reporter: “The confusing part is why if [late Rep. Jackie Walorski] and the family is ‘top of mind’ does the president think she is living and in the room?”

“We need to have some answers!” a reporter shouted to the press secretary over Biden’s many confused moments.

Karine Jean-Pierre has absolutely no answers about Biden's many confused moments in recent months pic.twitter.com/NBdDg5lf9d