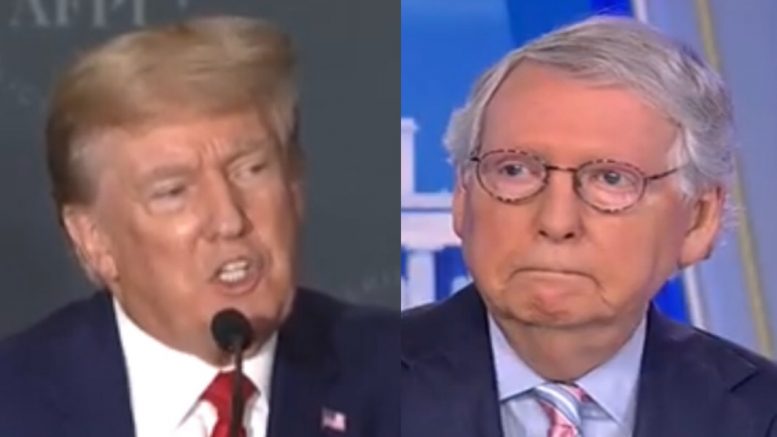 “This is such an affront to honor and to leadership. He should spend more time (and money!) helping them get elected, and less time helping his crazy wife and family get rich on China!” the 45th President recommended, referring to Elaine Chao, Trump’s former Transportation secretary. 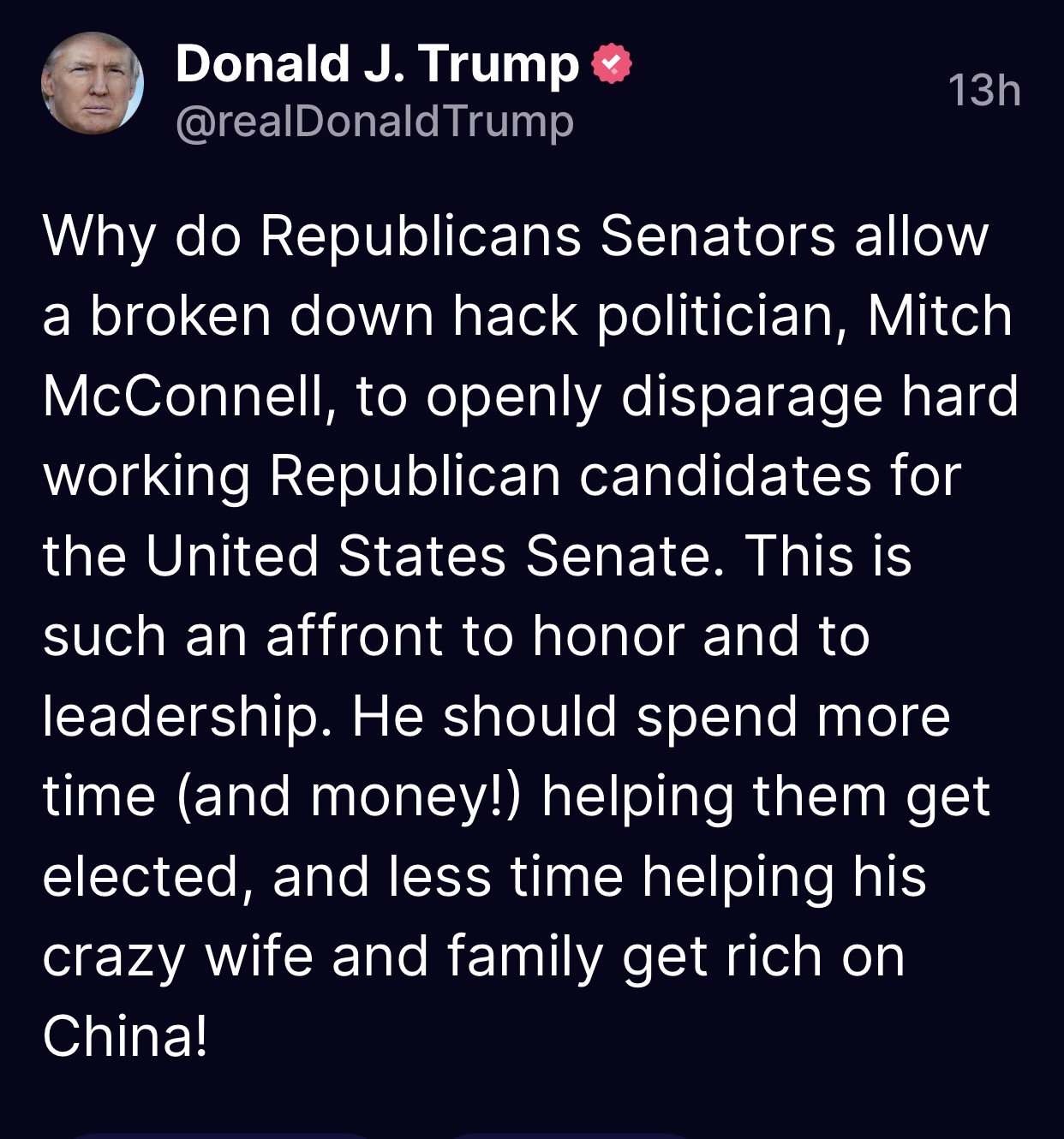 Senator Mitch McConnell played down the chances that his party would win the Senate back in November. “I think there’s probably a greater likelihood the House flips than the Senate,” he said in Florence, Kentucky, at a Northern Kentucky Chamber of Commerce luncheon when asked about his projection for the 2022 election

“Senate races are just different. They’re statewide. Candidate quality has a lot to do with the outcome,” he continued. “Right now, we have a 50-50 Senate and a 50-50 country, but I think when all is said and done this fall, we’re likely to have an extremely close Senate, either our side up slightly or their side up slightly.”

Trump’s Justice Department declined to investigate Chao after the Transportation Department’s inspector general found she may have misused her office to support her family’s businesses in China, according to a report released in March 2021.

Tucker ripping into Mitch McConnell: "It's entirely possible Mitch McConnell doesn't want to retake the Senate, because then you'd have to run things. And if there's one thing Republican leaders dislike, it's running anything. Much easier to complain on Fox News." pic.twitter.com/BBM9Xiz8Jy