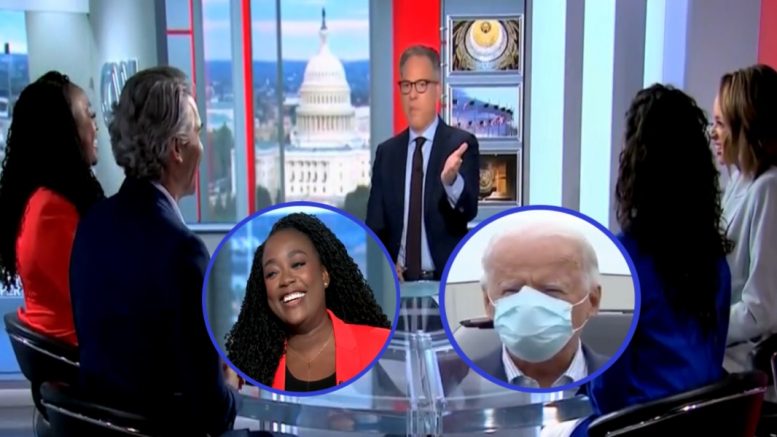 A new poll conducted has found that 64% of Democratic voters do not want 79-year-old Joe Biden to run again in 2024 as his overall approval rating has sunk to a mere 33%.

The results of the New York Times/Siena College poll of 849 registered voters nationwide during July 5-7 also found that 94% of Democrats under age 30 are looking for a different nominee, and just 13% of poll respondents say the country is on the right track.

During a discussion on CNN, Jake Tapper reported on the new poll, prompting the panel to laugh:

CNN panel laughs about how 94% of YOUNG DEMOCRATS do not want Joe Biden to run for reelection.

"That is a stunning number!” pic.twitter.com/ctuqzTqrUH

Biden, the oldest serving president in American history, is reportedly planning to run again in 2024, the White House says.

Of the issues being the most important to all voters, 20% listed jobs and the economy, followed by 15% saying their top concern is inflation and the cost of living.

Only 6% of a large swath of the working class — those aged 18 to 64 years old — told pollsters that the economy is in good or excellent condition, compared to 93% who rated it poor or fair, according to The New York Times.

MSNBC: At the same point in his presidency, Joe Biden is FAR less popular than any of his modern day predecessors. pic.twitter.com/igl6lLTCBt

Related: CNN: ‘Americans are Really not Happy’ With Economy–‘85% of Americans’ Rate Economy as ‘Fair or Poor’ & ‘77% say Economy is Getting Worse’

Watch: Tucker LOL’s After Uncovering How Cuomo Appeared To Be ‘Sexually Attracted to His Emmy Statue’