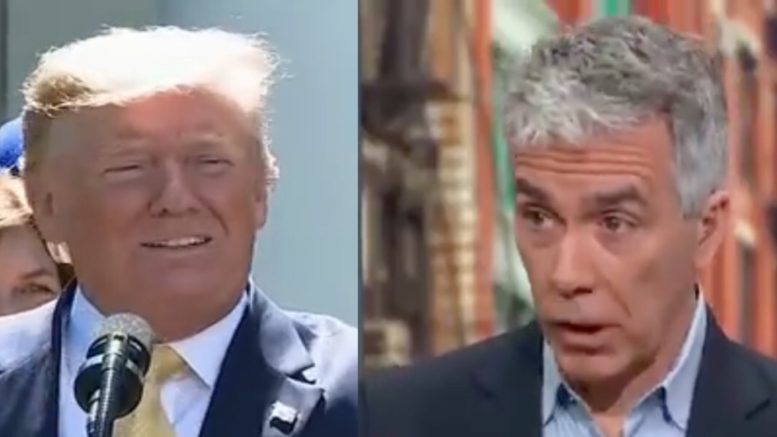 Republican presidential candidate, Joe Walsh, announced on Friday the end of his 2020 campaign during an interview with CNN and also on Twitter. “I’m suspending my campaign, but our fight against the Cult of Trump is just getting started. I’m committed to doing everything I can to defeat Trump and his enablers this November. I can’t do it alone,” he tweeted.

This comes after Walsh got booed in Iowa when he asked GOP voters if they “wanted 4 more years of President Trump.” Walsh won 1% of the Iowa Republican Caucus. President Trump won 97%.

Friday on CNN, Joe Walsh told CNN host John Berman: “I am ending my candidacy for President of the United States. Look, I got into this because I thought it was really important that there was a Republican out there every day calling out this president for how unfit he is.”

“I wanna stop Trump. I believe he’s a threat to this country. He can’t be stopped within the Republican party, nobody can beat him. It’s Trump’s party, John. It’s not a party, It’s a cult. He can’t be beaten in the Republican primary, so there’s no reason for me or any candidate really, to be in there,” he continued. “The party has become a cult.”

Walsh claimed that he didn’t see how “cult-like” the Republican Party has become. “The conservative media world, Fox News and all the rest wouldn’t give me the time of day. … They bow down in front of their king.  And then, out there talking to Republican voters, I just became convinced that these folks have been fed nothing but lies and mistruths about President Trump and they can’t be gotten back.”

He also told Berman that he will help elect “any Democrat nominee” and he will vote Democrat in 2020. (Continued Below)

“Donald Trump is a dictator, he’s a king. He literally is the greatest threat to this country right now, “Walsh claimed. “Any Democrat would be better than Trump in the White House. That’s not an easy thing for me to say, but that tells you how serious this moment is.”

When asked what Democratic he would most likely or excited to support, Walsh responded, “I don’t know that yet. I think it’s an interesting field. I’m going to spend a lot of my time trying to talk these next few months to Republicans and moderates and independents– to encourage them that your only option is a Democrat. It’s not Trump, it’s not the cult.”

Berman told Walsh that Republicans didn’t want to hear what Walsh had to say and asked him what makes him think he can convince them, to which Walsh claimed, “Because a lot of people have left the Republican Party.” (Video Below)

“He’s got his core cult-like following that can’t be reached. But there are a lot of Republicans, the moderates, on the margins. There are a lot of independents who are undecided right now,” Walsh said.

Asked if he would support Bernie Sanders or Elizabeth Warren, Walsh declared, “I would rather have a socialist in the White House than a dictator, than a king, than Donald Trump.” [Emphasis added].

I’m suspending my campaign, but our fight against the Cult of Trump is just getting started. I’m committed to doing everything I can to defeat Trump and his enablers this November. I can’t do it alone. Join me at https://t.co/d40HA9h2Kz.

Joe Walsh calls the GOP a "cult": "(Trump's) a threat to this country. He can't be stopped within the Republican party. … The conservative media world, Fox News and all the rest wouldn't give me the time of day. … They bow down in front of their king" https://t.co/ff5IuwAZzg pic.twitter.com/5EkjDcSokm

After ending his primary challenge to President Trump, Joe Walsh says he will vote Democrat in 2020:

“I would rather have a socialist in the White House than a dictator."
pic.twitter.com/UAM02CiMSk

Let’s remember the highlights of his campaign, like when he asked this GOP Iowa caucus if they *really want* “4 more years of ⁦@realDonaldTrump⁩?”

Listen to the response:

Walsh is a conservative radio show host and former Republican congressman from Illinois, who was part of the Tea Party conservative movement. In 2016 Walsh wrote on Twitter that he planned to vote for Trump.

On November 9th, if Trump loses, I'm grabbing my musket.

(Related: MSNBC Analyst On The ‘Drop’ Of Iowa Voters’: “The Perfect Example Of Systemic Racism … White Children Are Not In Cages”)