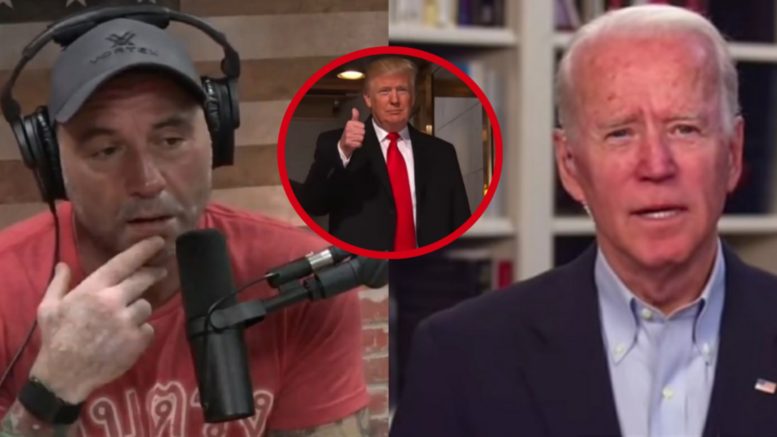 On Friday, podcast host and comedian Joe Rogan declared that he would rather vote for President Donald Trump over former Vice President Joe Biden in the 2020 election.

Rogan made the bold statement on his podcast, while joined with Thiel Capital managing director Eric Weinstein.

Rogan responded, “Dude, I’d rather vote for Trump than [Biden]. I don’t think he can handle anything. You’re relying entirely on his cabinet.” Video Below

“If you want to talk about an individual leader who can communicate, he can’t do that,” Rogan continued. “And we don’t even know what the f*** he’ll be like after a year in office. The pressure of being president of the United States is something that no one has ever prepared for.”

Weinstein then replied, “Well, I think this is not a change in Trump. Trump, in a weird way, has just always been this performative, you know, like a fake Alpha.” Video Below

Joe Rogan on the 2020 election: “This is the real issue with the Democratic Party. They’ve essentially made us all morons with this Joe Biden thing. … I’d rather vote for Trump than [Biden]. I don’t think he can handle anything.”pic.twitter.com/2G93Jaim2X