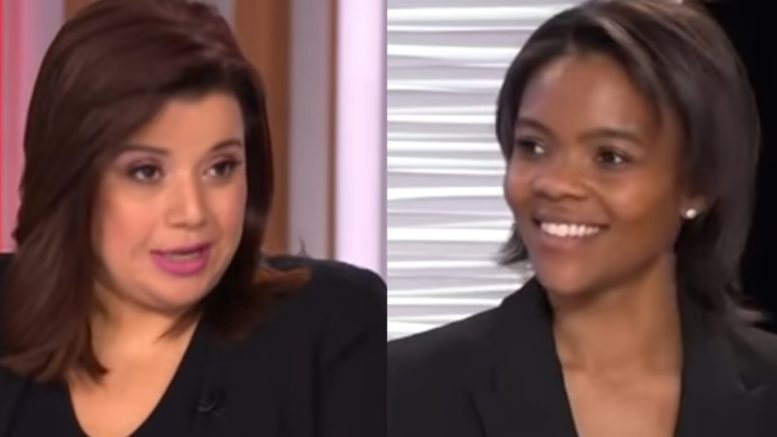 And CNN’s Ana Navarro is having a hard time digesting the new data that she now claims has “Zero Chance” of being accurate.

These numbers are significant because President Trump only received 8% of the black vote during the 2016 election, according to Cornell University’s Roper Center.

Ana Navarro blasted the poll results on Twitter, when she said, “Zero chance this is accurate. Zero. The poll must have only been conducted in the homes of Ben Carson, Kanye, that sheriff guy with the hat and those two Cubic Zirconia & Polyester-Spandex ladies.”

Candace Owens, who launched the BLEXIT movement in 2018, replied to Navarro upon seeing her tweet. See Below

Related Article: Candace Owens Projects A “Trump 2020 Landslide” In Her Reaction To The Impeachment Resolution

“Didn’t even have to wait until Election Day for the liberal meltdown to ensue: 2020 liberal preview: impeach BLACK people!!” Owens said in a response to Navarro.

In an earlier tweet, Candace commended the results from both Emerson and Rasmussen’s polls, when she said, “Never forget the world laughed when we said it was possible. And we will never forget the we had the last laugh. #BLEXIT” See Below

Never forget the world laughed when we said it was possible.

And we will never forget the we had the last laugh. #BLEXIT https://t.co/s9X5BOMWKr

Tucker Carlson Calls Out Chris Cuomo Over His Re-emergence From Quarantine: “That Was Fake”