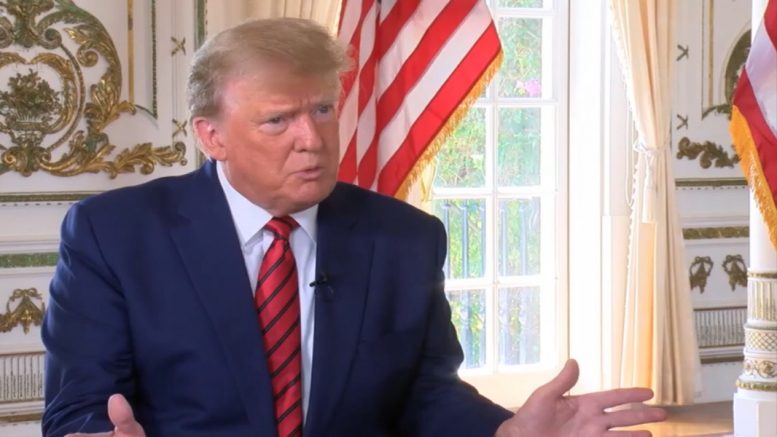 45th President Donald J. Trump issued a statement on Truth Social Wednesday saying that the Senate is pushing a “Gun Control” bill, which will be the “first step” in the movement to “take your guns away”.

His post comes one day after the Senate voted 64-34 to proceed with the Bipartisan Safer Communities Act, which in part would “allow police to confiscate firearms unconstitutionally, legally from American citizens who have not been charged, much less convicted of a crime” as reported by Tucker Carlson.

“The deal on ‘Gun Control’ currently being structured and pushed in the Senate by the Radical Left Democrats, with the help of Mitch McConnell, RINO Senator John Cornyn of Texas, and others, will go down in history as the first step in the movement to TAKE YOUR GUNS AWAY,” Trump wrote on his social media platform, Truth Social.

“Republicans, be careful what you wish for!!!” he also warned.

Fourteen Republican senators betrayed their voter base on Tuesday night when they voted to advance a gun control bill that concedes key constitutional ground to Democrats and their gun-grabbing wish list, Jordan Boyd at The Federalist wrote.

Senate Minority Leader Mitch McConnell, his pick for lead negotiator Sen. John Cornyn, and nine GOPers committed to passing restrictive gun legislation last week. When the “bipartisan” group of senators finally produced the rushed bill’s text, Republican Sens. Joni Ernst, Todd Young, Shelley Moore Capito, and Lisa Murkowski joined the legislation’s authors (except for Sen. Pat Toomey, who was absent) to ram it through the upper chamber and then to the House of Representatives as soon as possible, Boyd reported. 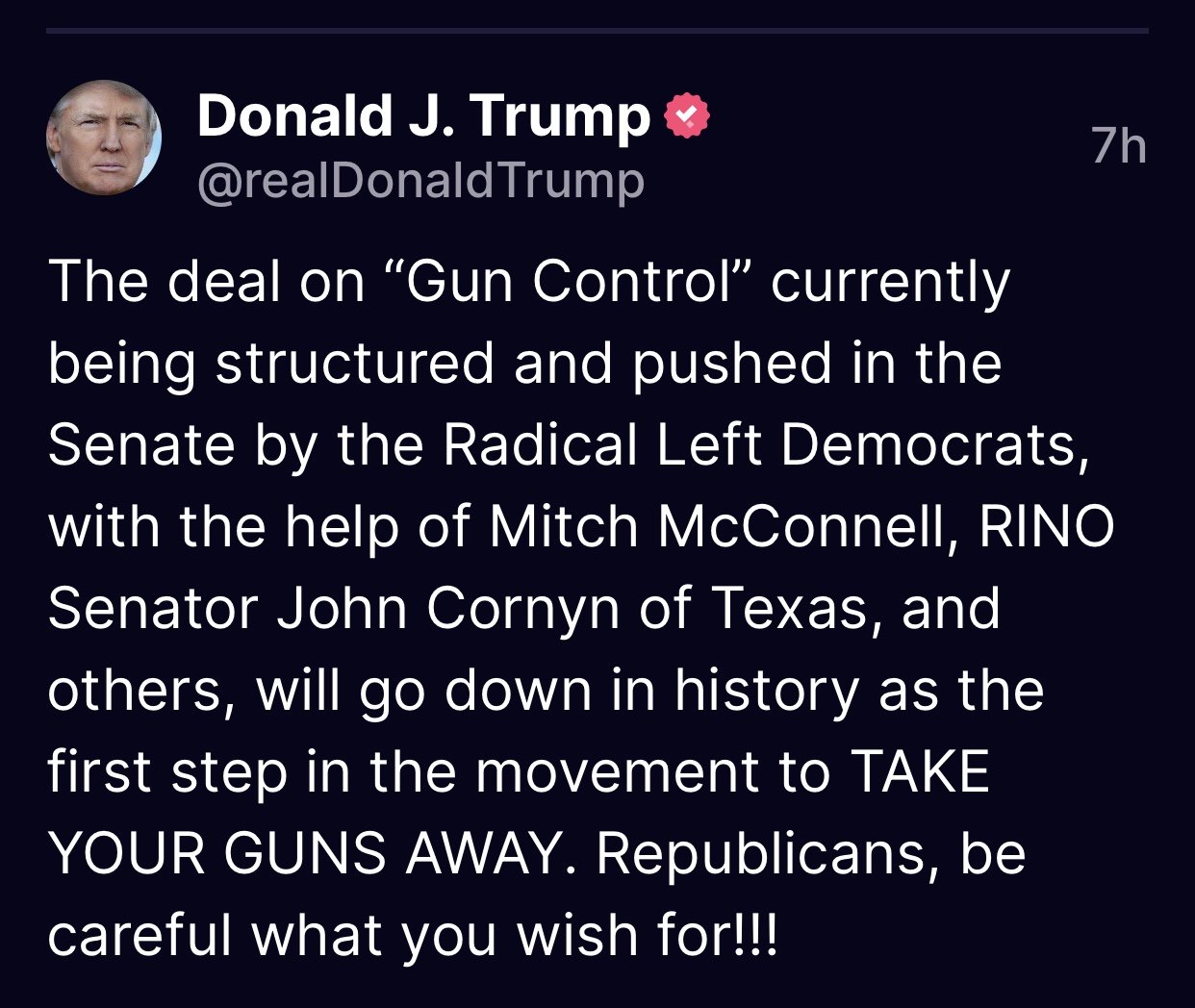 Tucker Carlson’s full remarks over the GOP who voted on the bill:

This is a warning from GOP voters to EVERY RINO who BETRAYED them by voting for gun control, amnesty pic.twitter.com/Fq18xWRxiB