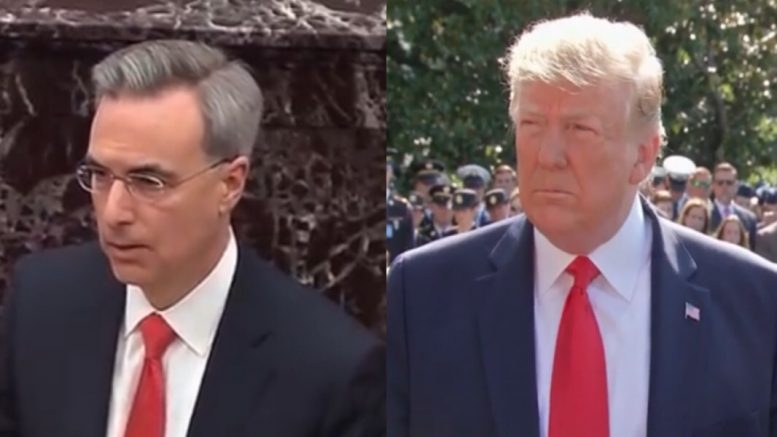 “Why would a future President of the United States want to have candid and important conversations with his White House Counsel if he thought there was even a small chance that this person, essentially acting as a ‘lawyer’ for the Country, may some day be brought before a partisan and openly hostile Committee in Congress, or even a fair and reasonable Committee, to reveal the inner secrets of foreign policy or other important matters. So bad for the USA!” Trump wrote on Truth Social late Wednesday night.

People close to Cipollone have cautioned committee members that executive-privilege concerns and attorney-client privilege could limit his cooperation, The New York Times reported.

Cipollone was involved in Trump’s efforts to challenge the 2020 election results, and also was in the White House when demonstrators attacked the Capitol on Jan. 6, 2021, Newsmax noted. 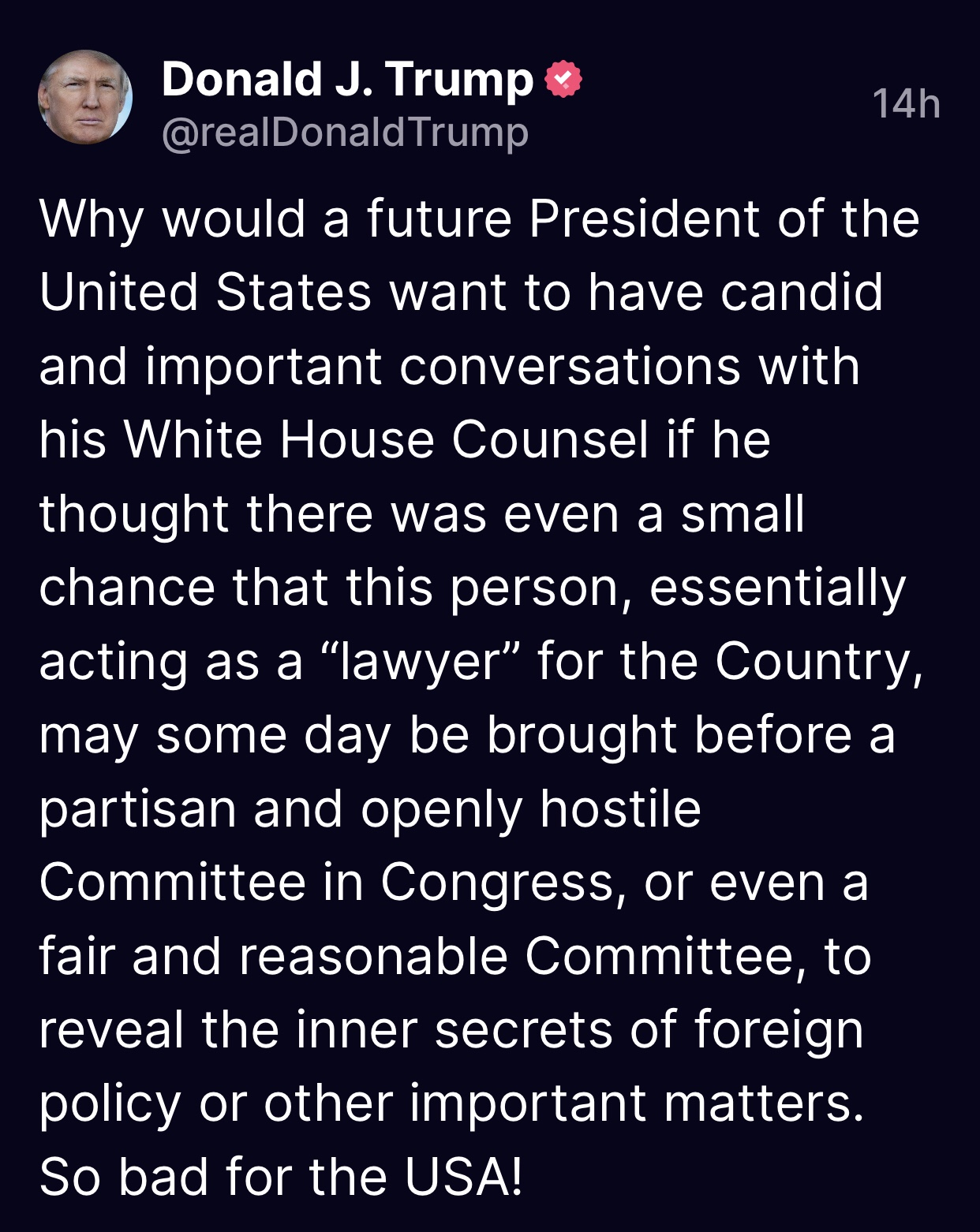